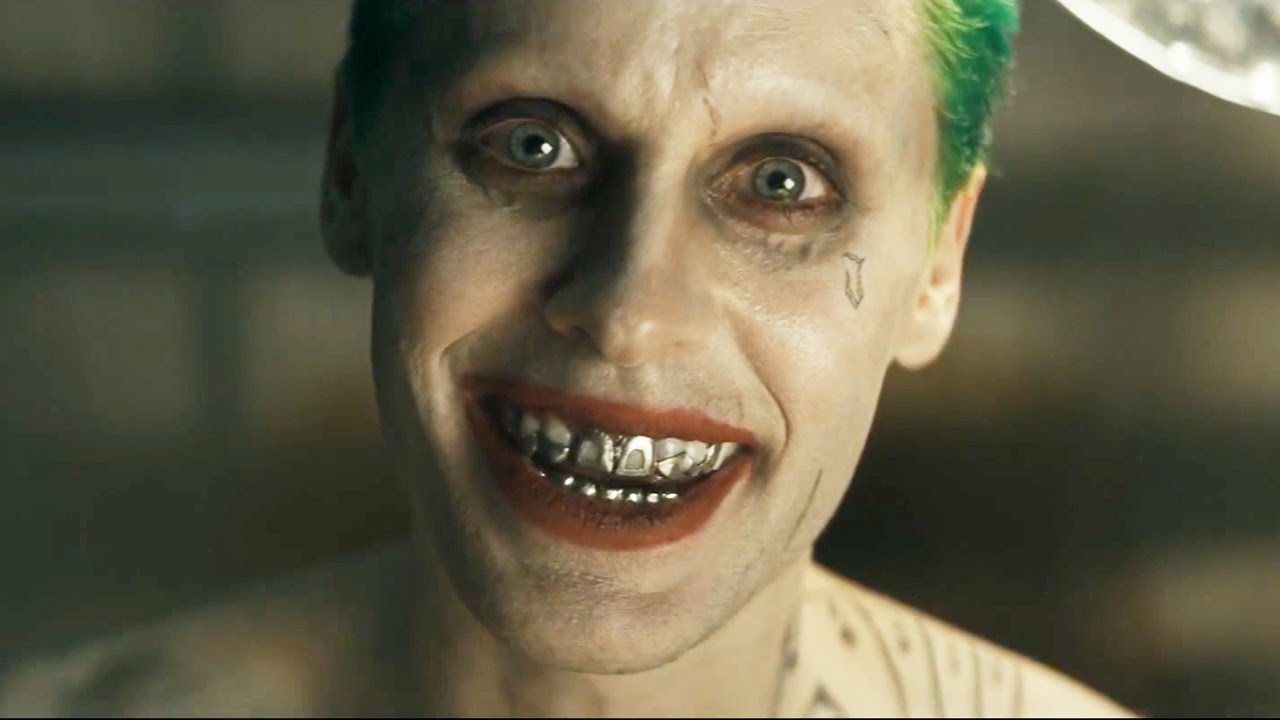 We finally get a look at what Jared Leto’s Joker is going to be all about.

Suicide Squad is one of the most hyped movies of the year and one of the reasons that we’re so excited about it is thanks to Jared Leto’s portrayal of The Joker, with many predicting that it might even be better than Heath Ledger’s portrayal in The Dark Knight.

The excitement has been building even more around Leto’s performance due to the fact that trailers for the   movie have so far not really focussed on The Joker. He’s barely been in them at all really, meaning that his impact in the movie is going to be even more powerful.

DC have finally cracked though at Comic Con, releasing this ‘extended look’ trailer revolving around him. Enjoy:

OK, so that didn’t really show us that much about him either but it was still more than we’ve seen so far in the other trailers. Leto’s Joker basically looks like an eccentric and dangerous weirdo/psychopath, which I suppose we were all expecting but it certainly looks like Leto is playing him with a certain level of aplomb. The jacket he’s wearing when he steps out of that van looks super cool too.

Pretty interesting that we see him making out with Margot Robbie’s Harley Queen too, although I suppose it’s fairly obvious that the two of them would be hooking up at some point during the movie considering they’re both complete and utter psychopaths. Intriguing to see how their relationship plays out.

Only two weeks until the movie is released now – if you need to get more amped up for it, click here.