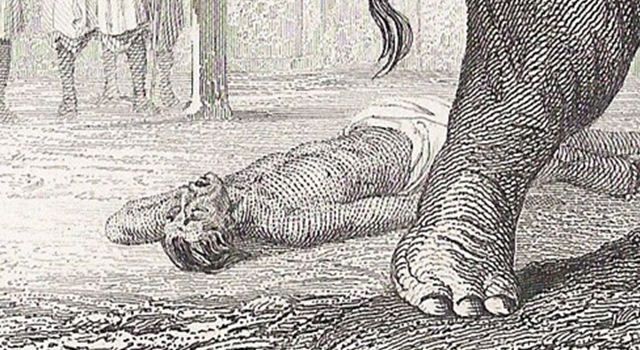 Death by elephant sounds too silly to be real, but it was actually hugely popular in Asia for hundreds of years. They can certainly do some damage.

Of all the execution methods I’ve featured in this series, this one sounds the most like a joke. But then when you actually think about what’s being done it stops being any kind of funny at all. I thought when I started reading about it that it might have been a niche way to kill, but it turns out it was actually pretty popular in Asia as a method of dispatching criminals for hundreds of years.

You might think it would be easier to use lions, tigers or alligators for killing people, but they’re all pretty difficult to control. Elephants on the other hand are smart beasts, and the Indian elephant is relatively easy to train. Killing someone by elephant not only showed that the ruler had the final say over life and death, it also showed that he had power over mother nature at large. 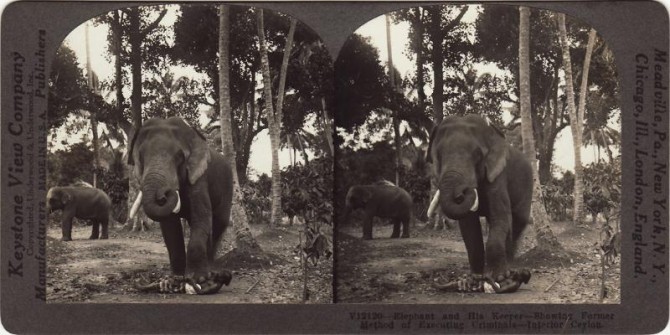 The practice was mostly confined to Asia and was first reported by horrified European travellers. Although African elephants are larger than Asian elephants the method was rarely used over there because the African elephant is much harder to train.

Elephants naturally use trampling as a defence anyway, so it isn’t too much of a push to get them to do it on command. Whereas horses are much more likely to jump over a body than step on it. The elephant can be trained and instructed to either kill the victim quickly or slowly depending on where they are told to apply pressure. They may choose to break a man’s limbs before his skull for instance. 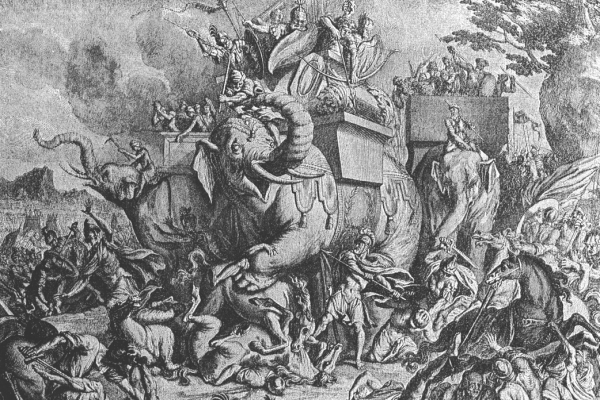 Sometimes elephants were used for torture rather than execution. They elephant was instructed to simply roll the victim around the ground to injure them but keep them alive. The awesomely named Emperor Akbar the Great is reported to have used this technique on a rebel for five days before sending him on his way.

â˜› Next: Most Brutal Execution Methods #1: Blowing From A Gun