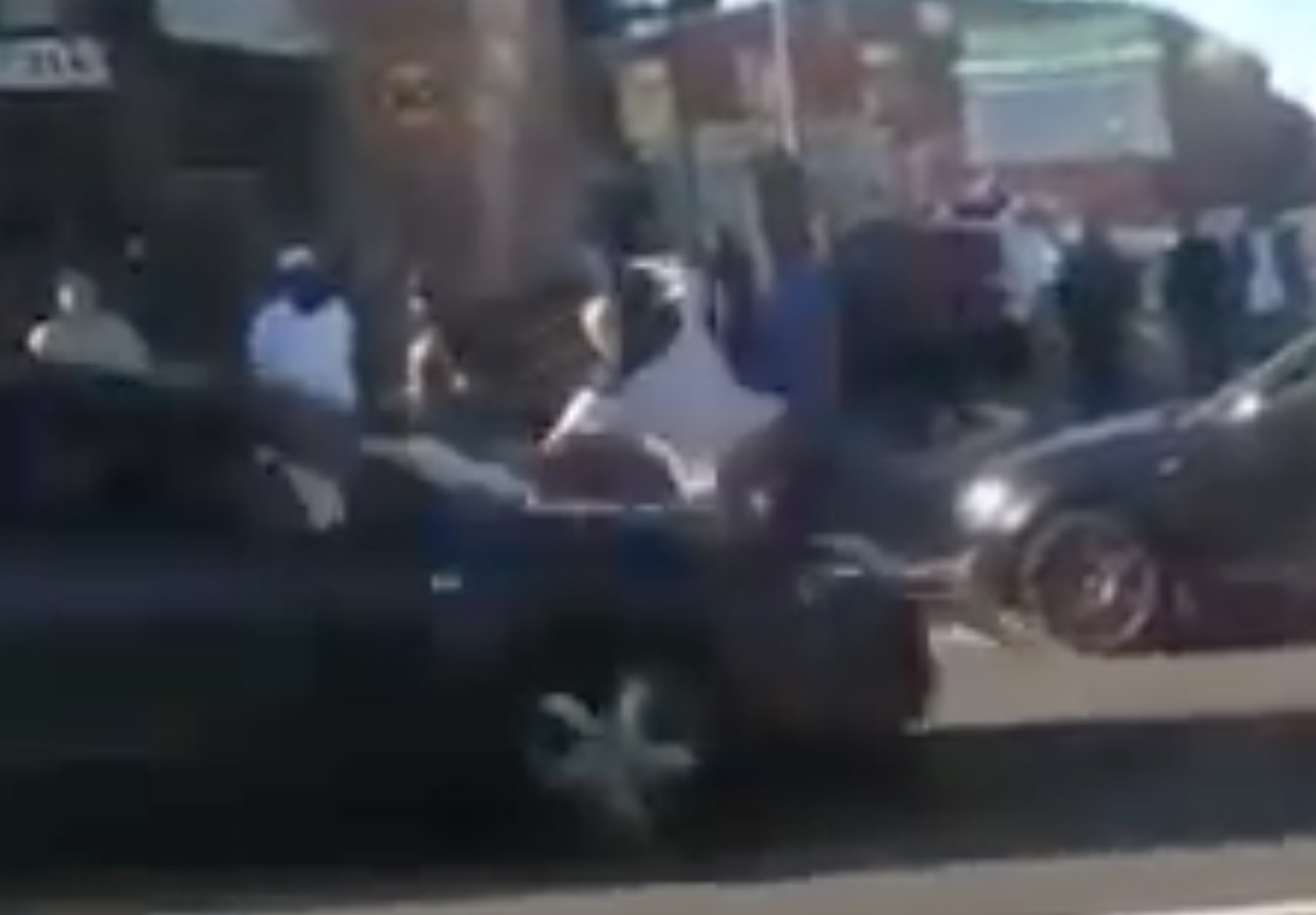 Police officers were called to a huge fight on the streets of Sheffield recently, after a man was ruthlessly run over. Two men so far have been arrested on suspicion of attempted murder.

When the officers arrived they found a large group of men fighting and one man was seriously injured and rushed to hospital. It’s not reported why the brawl broke out, but I’m guessing these guys were probably pretty tanked up.

We’ve managed to get hold of an exclusive video of the incident. You can see people shouting and cars being smashed, but the most fucked up part can be seen right at the end as a car comes speeding down the street, hitting a man and sending him flying through the air. It’s seriously fucked so be warned.

The man is said to be in a stable condition in hospital, which is pretty amazing considering the impact that he had with the car. You would’ve thought he’d be a goner.

What’s going on at the moment? This incident occurred over the weekend meaning while these guys were going in on each other up in Sheffield, some bloke was getting stabbed with a machete down in London. Can everyone just chill the fuck out please?