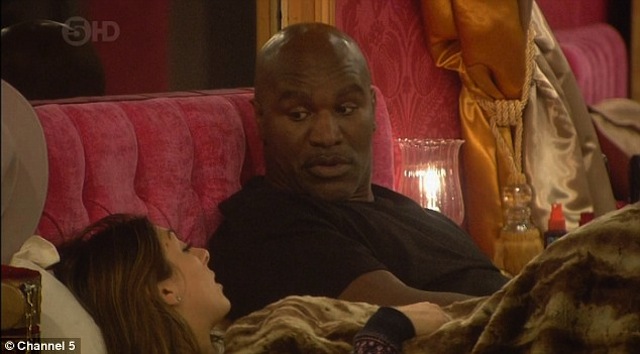 Evander Holyfield classed homosexuality as a disability and insisted it could be â€˜fixedâ€™, when asked about it on Celebrity Big Brother last night.

Evander Holyfield classed homosexuality as a disability and insisted it could be ‘fixed’, when asked about it on Celebrity Big Brother last night.

Apprentice girl Luisa Zissman had asked Holyfield whether any boxers had come out as gay, and Holyfield acknowledged there probably were gay boxers but not who were open about their sexuality. Then things took an ugly turn:

Luisa: “I think it’s really bad that no one stands up and says it in the sporting industries. I think it’s good to be open about that because it’s normal.”

Holyfield: “What would be good about it? That ain’t normal.”

He re-iterated his point throughout the conversation, with Luisa — bless her — doing everything short of telling him to STFU in order to get him to stop talking about it. He’s not too bright though and so carried on:

“It is a choice, come on, that ain’t the way nobody is made.”

“If you were born and your leg were turned this way, what do you do, you go to the doctor and get it fixed back right.”

â˜› More Big Bro: This Is What Dappy Was Wearing Going Into The CBB House

It must have cost the Celebrity Big Bro producers a small fortune to book Evander for the show, and so they bottled it when reprimanding him — a less famous celebrity, especially one from the UK, would have straight up got the boot from the show.