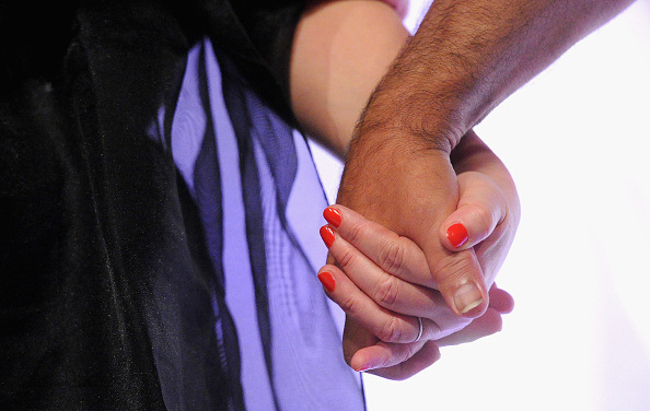 She lost her virginity to him too and now they’re engaged to be married.

The New York Magazine’s Science Of Us supplement – which famously brought us an interview with someone who had been having sex with horses for 20 years in November – has topped that by printing an interview with a girl who reunited with her estranged father via Facebook, met him, lost her virginity to him and is now engaged to marry him. Whoa.

Apparently, there’s a condition that exists amongst 50% of estranged children and parents that when they are reunited they end up having a strong attraction to one another – known as Genetic Sexual Attraction or GSA – which more often than not leads to them hooking up, sometimes for the better (as I suppose it’s possible to argue in this case as they’re getting married) but usually for the worst because let’s face it, it’s completely messed up and rank. Although it’s really creepy reading about this stuff, it’s also strangely fascinating, which I’m sure is why you decided to click on the link.

Here’s the girl’s story, in all her own words. These are just highlights from this interview, if you want to read the whole thing then head over to NY magazine. I would normally do a sarcastic commentary alongside these quotes, but frankly I don’t know how to make this funny unfortunately. It gets really messed up.

My mom said that he didn’t want to have anything to do with me. But she was very controlling and kept me under Fort Knox—like conditions. She’s had my Facebook password since I’ve had an account. One day, after I got my Facebook privileges back, he added me as a friend. At first, I figured it was my grandpa because they have very similar names. I thought, Maybe Grandpa got techy?

Then I realized it was my dad. I was like, Oh my God, where have you been? I don’t know if I can get close to you. I told him I thought he was dead and asked why it took him so long to contact me. He said he’d been adding me on Facebook but I’d always decline his requests. But that was my mom controlling my account. After we reunited, he showed me emails he’d sent trying to contact me.

We chitchatted online for a few days and found out we were similar. We shared the same favorite TV shows – The Simpsons and The Big Bang Theory – and we both love to draw. He came to see me about a week later. You wouldn’t have believed we hadn’t been around each other for 12 years. The idea of “getting to know him” seemed strange because we are so much alike. He came and hung out all day and then I asked to come spend a week with him – he lived in a small town about 30 minutes away. I think my mom knew I was going to move out and it really was getting to the point where I needed to escape, she was so controlling.

It was so weird and confusing. I was seeing my dad for the first time in forever but it was also like, He’s so good-looking! And then I was like,What the hell are you thinking? What is wrong with you? I saw him as my dad but then also part of me was like, I’m meeting this guy who I have been talking to over the internet and really connecting with and I find him attractive.

He was living with his girlfriend. On the first night he slept on the couch and I slept on the floor, just to make sure that I was okay.

Sleeping in new places makes me very anxious so I asked him to stay with me in case I had one of the terrible nightmares I usually experience. The second night I had him sleep on the couch again and then the third night I fell asleep with him on the floor lying on his chest, in his arms. The fourth night rolled around and we ended up on the floor again. This time we actually cuddled. When he woke up, we were spooning. I didn’t know this at the time but later, after we admitted our feelings, he told me he had had “morning wood” and had gone to fix it.

Later that day, we went shopping because I had grown out of all my shorts, so I asked him if he could buy me some new ones. I was trying them on and asked him how I looked and he said I looked good and I felt like I was picking up on something more, but I pushed it out of my head. That night we were play-wrestling in the room I was going to sleep in and I bit him. He was wearing a pair of basketball shorts and a tank top and after I bit him I could see goose bumps pop up from his toes to his shoulders. Then he pinched my inner thigh and I got goose bumps.

We stopped and said that we didn’t know what was going on but admitted that we had strong feelings for each other. We discussed whether it was wrong and then we kissed. And then we made out, and then we made love for the first time. That was when I lost my virginity.

I told him I wanted him to be the first person I made love to. We talked about how it could be awkward if it didn’t end up working out. He also said that if I didn’t feel comfortable at any point I should tell him.

There’s a reason I lost my virginity to him – because I’d never felt comfortable with any other man. It was insanely sensual. It lasted for about an hour and there was a lot of foreplay. We both had orgasms. We are so similar, so it’s so easy to sexually please each other. For example, we both love neck-biting. I’ve never been in a more passionate, loving, fulfilling situation.

I’d heard that it would hurt so I was expecting pain, but we were both so careful with each other. I think it was also a good experience because most guys my age are only interested in having sex with you. I could tell that wasn’t the case with him.

It wasn’t weird at all. It felt so natural. It didn’t even feel taboo. I felt like I had just made love with a man who I’d been with for years.

We discussed it before we had sex. I told him I was saving myself for someone who I’d be committed to for the rest of my life. It was important for me to make it clear that if I made love to him he was in a relationship with me. I didn’t regret it at all. I was happy for once in my life. We fell deeply in love.

Everyone on my mom’s side of the family sees us as father and daughter. Those who know that he’s my dad, and that we are engaged, include my father’s parents (they can see we are happy together and they can’t wait for us to have babies – they treat us just like any other couple), the woman we live with, and my best friend.

I’m planning on a full-on wedding but it won’t be legally registered. And personally, I don’t believe you need a piece of paper to prove that you want to be with the person you love.

Yes. I want it to represent our uniqueness, so we aren’t doing a white wedding. The color scheme is black and purple, and we are both going to wear Converse tennis shoes. He’s wearing jeans and a nice dress shirt. He says he’s not wearing a bow tie, but it’s my wedding and I am saying that he is.

My mom doesn’t live in the same town as us and we visit her, together, a couple of times a month. Occasionally we slip up and call each other “babe” or other goofy little names. She acts like there’s something up but she doesn’t know what the hell it is. We recently got tattoos together. Mine says, “I love my peanut butter,” because I call him my peanut butter. His says, “I love my jelly,” because that’s what he calls me. What father and daughter do you know who have names for each other and tattoos like that? She just said, “Oh, those are cute.” She plays dumb about it.

We plan to move to New Jersey where we can be safe under the law, since adult incest isn’t illegal there, and once I’m there I’ll tell everyone. I’ll call my mom and let her know that we are in love and we are having children. If she wants to see her grandkids we’ll send her money and she can drive to see us. Once we are out about it I won’t be comfortable going back to my hometown. What if someone calls the cops?

We’ll have kids together. We won’t tell them that their father is my father and also their grandfather. I don’t want to give them any problems.

I wouldn’t risk having a kid if I thought it would be harmful. I’ve done my research. Everybody thinks that kids born in incestuous relationships will definitely have genetic problems, but that’s not true. That happens when there’s years of inbreeding, like with the royal family. Incest has been around as long as humans have. Everybody just needs to deal with it as long as nobody is getting hurt or getting pressured or forced.

There are so many people having kids who will be passing on health problems, people with diabetes or mental health issues, or AIDS. My mom was allowed to have kids and both her and her mom were bipolar. My research tells me that the only real genetic risk is high blood pressure, which is controllable. I think people only worry about it because they look to the genetic problems that occurred when incest was happening generation upon generation. They say, Well, look at King Henry VIII – but he was only a genetic mutant because they had kept it in the family for so long.

I think we have a better relationship than any couple I’ve met because our bond is so strong. I just feel so close to him and so in love with him. We are almost two years into the relationship and I’m still head over heels with that “first few weeks in love” feeling. Everybody says we are the cutest couple they’ve ever seen. I took him to prom.

And there you have it. For once I’m genuinely speechless.