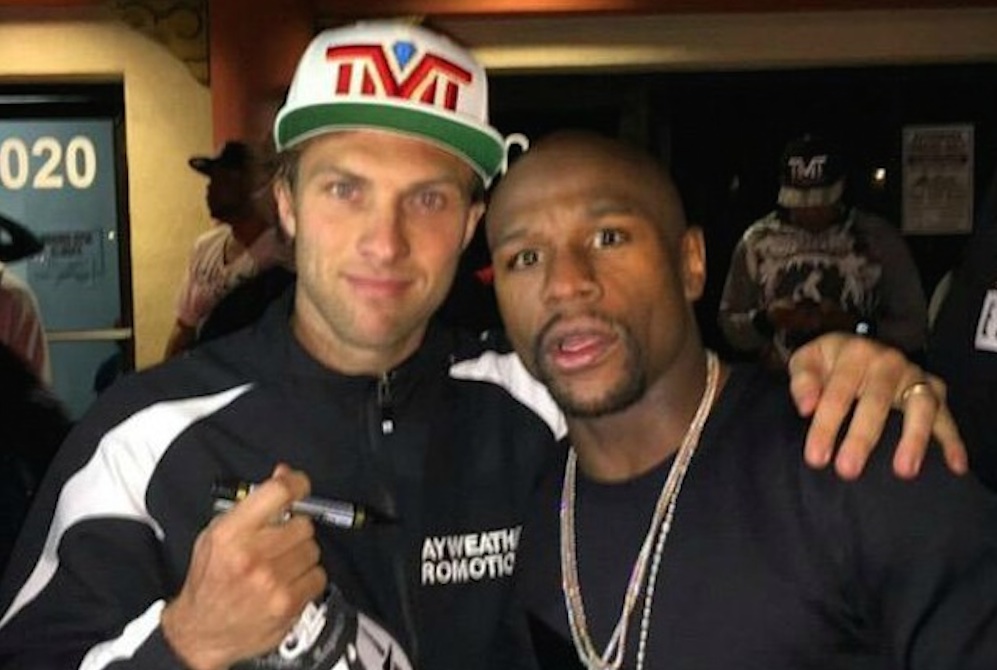 Mayweather V Pacquiao on Saturday might have been a massive disappointment for most people watching it because what everyone who knew anything about boxing thought would happen pretty much happened exactly, but these two jokers from England managed to make the absolute most of it.

Their names are Ifran Ahmed and Chris Stowe and they flew over to Vegas for the fight from England, allegedly deciding to get one of the cheaper seats to watch the fight. However, thanks to the fact that they had the genius idea of wearing TBE hats and TMT tracksuits, security didn’t bother them as they sidled over to Mayweather’s entourage in the front row seats that were being sold for $990,000. That’s some seriously smart thinking.

Once there, they proceeded to have one of the best nights ever, rubbing shoulders with people like Justin Bieber (who we all know regularly spars with Mayweather), Mark Wahlberg, Puff Daddy, Paris Hilton and Sting, which probably made up for the fight being so disappointing. Of course, they chronicled it all on their Instagram, which you can see below. What a pair of absolute sickheads.

Stowe had this to say about the experience:

We hung out with Bieber for ages. We were hugging him when Floyd was announced the winner. He just thought we were part of The Money Team.

Paris Hilton was really nice. She said she loved our accents. 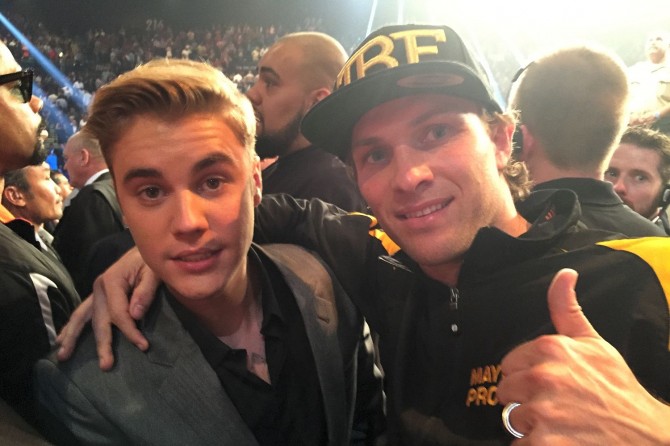 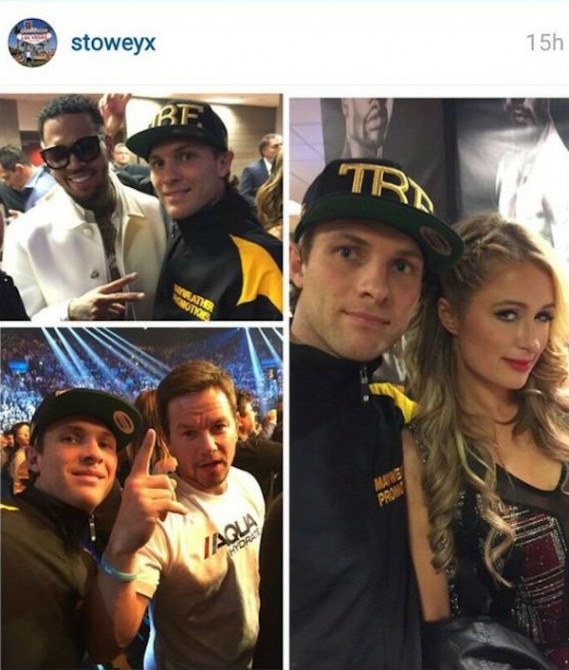