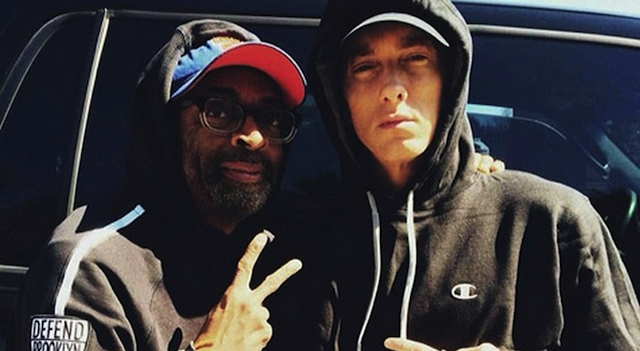 Ever since Eminem first burst onto the scene over 15 years ago he’s been bitching about his mom, but it seems like those days might be over.

Over in America they celebrate mother’s day on a different date to us for some reason – no idea why – and Eminem decided to take the opportunity to finally apologise to his mom for dissing her in roughly 80% of the songs that he has ever recorded.

To do so, he enlisted big gun Spike Lee to shoot the video – entitled Headlights – in his native Detroit and dropped it on Mother’s Day. Who knew that Eminem was such a romantic?

As you might expect it’s a pretty soppy affair punctuated with Eminem’s trademark angry/shouty vocals and lyrical excellence with Nate Reuss from fun. doing some kind of horribly autontuned T-Pain esque chorus. The beat is piano led and almost Billy Joel esque and kind of weird for an Eminem song, but he makes it work.

The video is probably the best thing about it although I don’t really feel like it fits in with the song that well. It’s just a first person view of what Eminem’s mom was experiencing in his early years, littered with smoking cigarettes, drinking and other shitty events and ultimately ending with – you guessed it – her making up with Eminem, which I guess is some kind of wishful thinking. It’s good, but it just doesn’t feel that right for the song for me – I would rather have seen Eminem’s usual ‘serious’ video where he’s just shooting at the screen and pacing around in a white vest or puffer jacket and beanie.

Can see this not really being a hit and being quickly forgotten to be honest but hey, you gotta check it out.