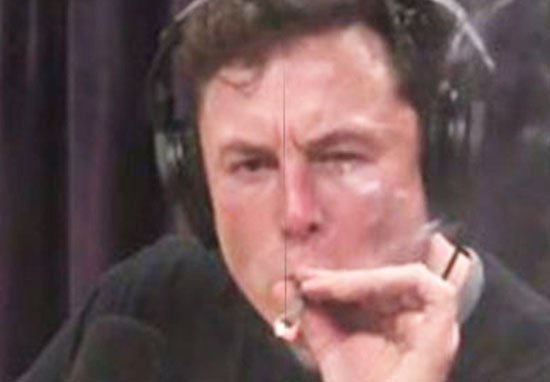 Elon Musk is being a complete weirdo at the moment, getting all butthurt about someone calling his little submarine useless and deciding to relentlessly accuse them of being a paedophile – you can’t deny that that just isn’t your usual behaviour.

And it doesn’t look like he’s in any rush to cool it down either. Musk was appearing on the Joe Rogan podcast yesterday and as could be expected the two covered a wide range of topics like his love life, electric planes, samurai swords, tesla and solar energy. As this was Joe Rogan as well, the pair managed to take time to smoke a joint and get high together, and that’s where things got a little weird.

You can watch the whole thing below but it didn’t cover anything about Musk bullying people and calling them paedophiles unfortunately. It’s an enlightening listen though if you’ve got a spare two and a half hours:

Yeah I guess that just kinda confirms that Musk is pretty smart and knows what he’s talking about but also that he’s a complete weirdo. I guess that’s what dating Grimes will do to you.

For more Elon Musk, check out his views on living in a computer simulation. It’s really happening apparently.