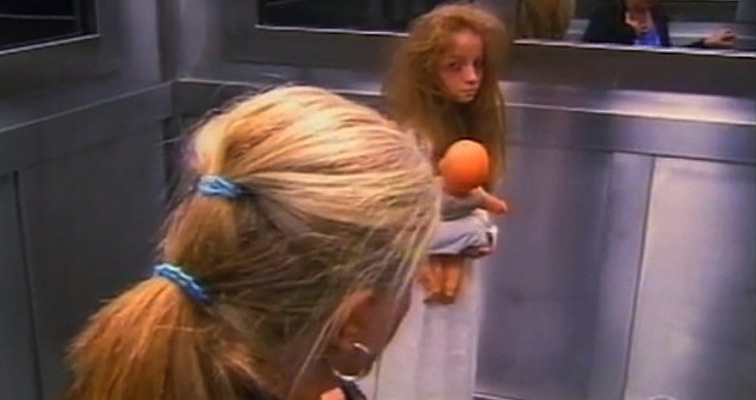 This video is of a prank some absolute jokers have pulled over in Brazil. If it happened to be I’d be suing their asses left right and centre for emotional damages and to compensate the fact that I would never be able to step into a lift ever again.

Fvck me, I hate this video. I’m not the biggest fan of lifts as it is and I tend to get sweaty palms whenever the lift feels like it’s taking a nanosecond longer than it should. My heart sinks and I say my prayers, thinking to myself that I’m about to re-live the Tower of Terror ride from MGM studios, but in real life, and without seat belts. I know this is an irrational fear because there’s nothing to be scared of when you take a lift is there? These things are robust pieces of machinery that do the job that they’re meant to do and lifts fvcking up and killing everyone inside them is just something you see in the movies. The only time you should be wary is if the lift isn’t actually there and you just step into the lift shaft when the doors open, although you’d have to be pretty fvcking stupid to do something as dumb as that. When the lift doors open, check for lift. If lift is not there then do not step in. Simple.

This video is of a prank some absolute jokers have pulled over in Brazil. If it happened to me I’d be suing their asses left right and centre for emotional damages and to compensate the fact that I would never be able to step into a lift ever again.

The video starts with an official looking woman guiding unsuspecting victims into a lift. The lift is full of hidden cameras and you just know this is gonna be a good one from the start. After going up (or down) for a few seconds the lights in the lift start to flicker before cutting out completely. While the lights are out a little girl dressed as something from the Japanese horror movie ‘The Ring’ appears from no where (she actually appears through a panel in the side of the lift in case you missed it). When the lift’s lights come back on the lift goer/goers are met with this fvcking horrid girl who wasn’t there 2 seconds ago. Commence shitty pants time.

I for one know that if this happened to me the first thing I’d do would be to roundhouse kick the little bitch in the face. If I was going down then she was coming with me. I guess this is the reason that they don’t do cool pranks like this in the UK because people in the UK would probably over-react and not take it as a joke. Anyways, check out these people getting scared shitless: