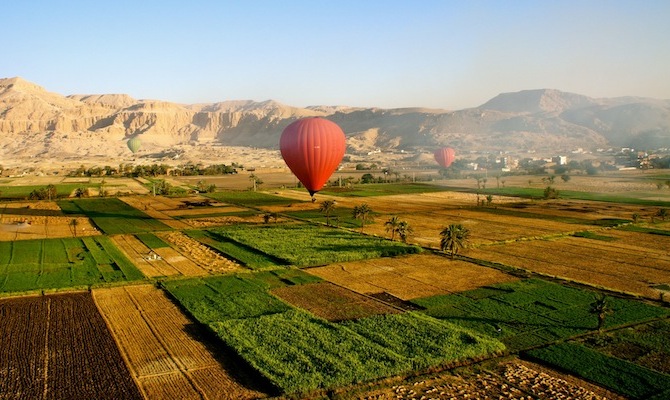 Yesterday morning a hot air balloon crashed in Egypt and claimed the lives of 19 tourists. A video taken from another balloon that was flying in the sky at the same time has been uploaded to YouTube.

Earlier this year a hot air crashed in Egypt claimed the lives of 19 tourists. The victims of the crash included tourists from Japan, China, the U.K. and Hungary. This is the kind of news that gives me even more reason to never take a flight in a hot air balloon. When I heard this news I was told by the news reporter that flying in a hot air balloon is considered one of the safest forms of aviation travel, and that hot air balloons nearly never crash. I guess that’s a fair point to make, and I’m sure that hot air balloons are statistically very safe, but my utter fear of dying once the balloon was up in the air would render the whole experience completely pointless as I would spent most of the journey praying that we made it safely back to the ground. I guess you could say that I’m not a big fan of heights, so hearing about tragic events like this one dramatically add to my anxiety of ever travelling more than 10ft upwards at any time.

There were two survivors of this hot air balloon crash, and they included a British tourist and the pilot of the balloon. It was reported that both of the survivors jumped from the hot air balloon before it hit the ground. Two two survivors had obviously seen something in the movies or heard something down their local pub that had actually been an extremely useful piece of advice, and had actually saved their lives. A bit like the tale that if you jump out of a plane and are heading towards the ocean, you should throw something into the water before you hit to ‘break’ the water and stop you disintegrating on impact. I don’t know if this is even true but I’m pretty sure mythbusters recorded a special all about it so maybe I’ll check that out and find out.

Footage of the crash has been uploaded to YouTube (if the video existed, there was no doubt that it wouldn’t end up on YouTube), and shows the hot air balloon catching fire and plummeting towards the ground. The video isn’t full of gore and you don’t actually see any of the  victimes but knowing that 19 people died as a result of what happens in this video is a very harrowing thought. If you’re set to be traveling in a hot air balloon anytime soon you should probably avoid watching this video.

â˜› Check This Out Next: British Airways Cause Online Stir After Re-tweeting Racist Tweet