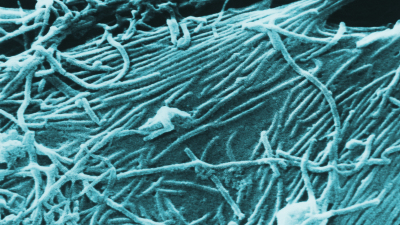 An unidentified man has been diagnosed with the bloody virus in Texas, USA. He travelled from Liberia on September 19 and arrived in the United States on September 20, said Dr. Thomas Frieden, Director of the CDC.

At that time, the man did not have symptoms. “But four or five days later,” he began to exhibit them, Frieden said. The man was hospitalized in an isolation ward on Sunday at Texas Health Presbyterian Hospital. Health officials decided not to release any details about how the patient contracted the virus, what he was doing in Liberia or how he was being treated, citing privacy concerns.

“I can say he is ill. He is under intensive care,” Dr. Edward Goodman of the hospital told reporters.

Right now there is a scrambling of officials and workers to isolate all people who had contact with the infected victim. As of now, the workers who transported the patient to the hospital have been isolated and none have shown symptoms of ebola. Health officials are of course trying to minimize fear and panic saying that the risk is low and that there is no other suspected cases in Texas.

Dr. Thomas Frieden also spoke about what precautions are being implemented at airports to help stop the spread of the disease.

“One of the things that CDC has done in Liberia, Sierra Leone, Guinea and Lagos, is to work with the airports’ authority so 100% of the individuals getting on planes are screened for fever,” the director said. “And if they have a fever, they are pulled out of the line, assessed for Ebola and don’t fly unless Ebola is ruled out.”

He also stated that: “As long as there continue to be cases in West Africa, the reality is that patients travel, individuals travel, and, as appears to have happened in this case, individuals may travel before they have any symptoms.”

Basically all folks need to know is that this is the first case diagnosed in the USA and that as of this moment there is no major threat to public health. Still, the thought of this affliction is concerning and something to watch out for in the days and weeks ahead.

Check out a CNN piece on it here: