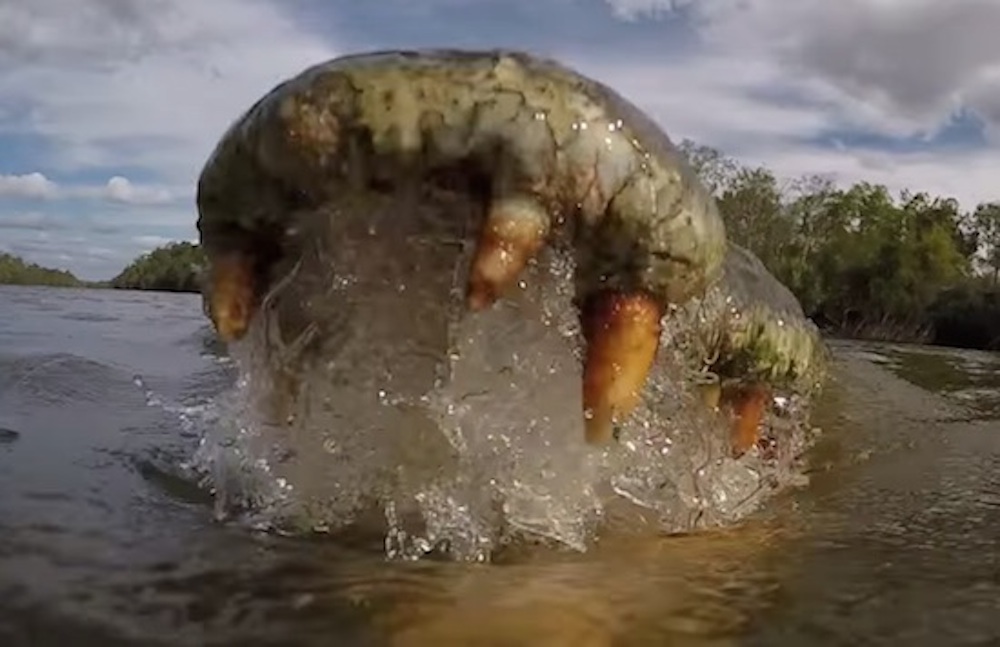 A crocodile’s bite has more than enough power to shatter a human skull in less than a second.

Photographer Trevor Frost became obsessed with saltwater crocodiles when he visited Australia and discovered that crocodile hunters still existed. He set out to attempt to document the lives of crocodiles and tell their story in an attempt to change the prevalent attitudes that currently exist in the country towards them.

He set out on a monthlong expedition with filmmaker Melissa Lesh in an attempt to obtain some never before seen footage – a POV video of what it’s like to be eaten by a crocodile. During the trek, they had nine successful deployments and managed to capture the first ever footage of inside a crocodile’s mouth.

Bear in mind that the crocodile has the largest recorded bite force of any animal on the planet–anywhere between 3,000 and 5,000 pounds per square inch, which is more than enough to shatter a human skull and really puts into perspective how dangerous this operation was and how nobody would ever see this footage in real life and live to tell the tale.

Frost obtained the video by staying in the boat and manoeuvring remote controlled boats embedded with cameras around the bush, hoping they would get eaten.

Frost had this to say about the project:

Even something as simple as a tripod being up on the boat can be dangerous when you’re doing this kind of work.

I definitely have an enormous respect for the creature, and my heart is always going.

I’m always thinking about every little thing that could go wrong to make sure that I stay safe and that I keep my team safe as well … So far I’m still alive, and I’ve got all my fingers and toes.

Yeah to be honest I’m not sure how long that’s going to be true if you keep up this profession mate. Good luck to you though.

If you enjoyed that then here’s a video of a squirrel trying to have sex with a GoPro. You’re welcome.