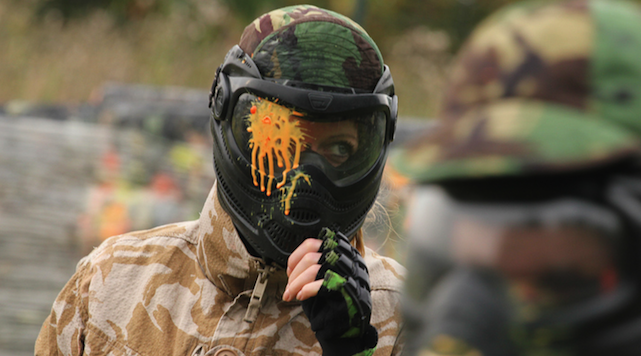 Is it worth it?

Paintball is a lot of fun and a great activity for a stag do or just a weekend with your buddies. One of the main reasons it’s so fun is because it’s actually dangerous and actually hurts, which is way more intense than something like laser tag.

However, you’ve probably never considered that the paintballs that get fired at you (and paint grenades, smoke bombs etc etc) all need to get tested out somewhere and on someone to make sure that when you go out there hanging on a Saturday you don’t end up like PJ from Byker Grove. If you’re currently unemployed and looking for a £40,000 a year pay rise, then that’s where you might come in.

UK Paintball are looking for a ‘human bullet impact tester’. You’ll have to withstand the punishment without wearing any protective clothing and whilst running, standing and climbing. Presumably you can still wear goggles though, you had just better hope nobody is using a paintball sniper scope to fire at you. It’s being marketed as the perfect job for someone on a GAP year, although they’re also stating that you need a ‘high threshold for pain tolerance’ and that ‘fear should be a foreign concept’. Sound like you?

The founder of UK Paintball Justin Toohig has said that it’s an unusual job, but also one that’s highly necessary in order to maintain health and safety standards. Whilst I don’t doubt this is true, it does worry me that this job has never been publicised before, so what the hell were they doing about health and safety standards before!? In any case just don’t take off your goggles and you should be fine – you don’t want to end up like PJ.