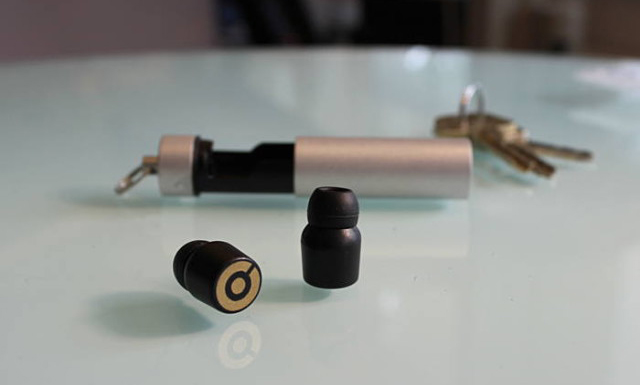 Earin wireless headphones and are about to change the headphone game forever.

Everyone has known the pain of wanting to listen to music, only to find the wires of one’s earbuds, which were carefully coiled when they were last put away, hopelessly tangled when they are pulled back out. The wires are annoying, too, dangling, pulling the buds out of your ears, and getting in the way. Now one company aims to change all that.

Earin, a company founded by former Sony and Ericksson engineers, has launched a Kickstarter campaign to fund their design for wireless earbuds. While wireless earbuds aren’t exactly a new idea, current models suffer from a number of detracting design flaws. These engineers have tweaked the design with some novel features that promise to drastically improve the listening experience.

Earin earbuds will feature Bluetooth 3.0 and 4.0 compatibility, balanced armature speakers for small size and high sensitivity, and an innovative capsule that both protects and charges the earbuds while they are being stored in a pocket or handbag. One thing your £119 (about $200) donation won’t get you: a microphone. The designers say they have deliberately eschewed microphones, lights, or sensors in order to deliver the smallest size and highest battery life possible. The designers claim these choices will lead to a battery life of 2.5 — 3 hours. 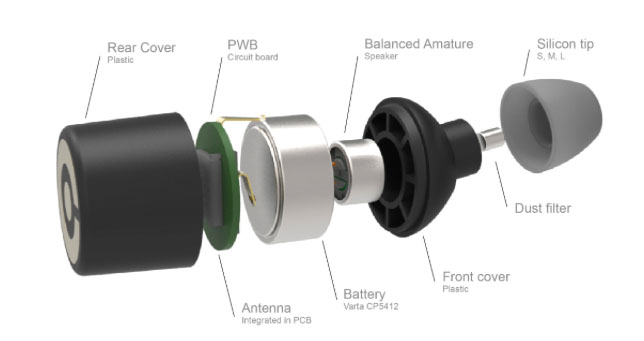 With features like these, it is no wonder the company’s Kickstarter campaign is going so well. Just three days into the forty-day funding period, the company has already exceeded its stated £179,000 ($300,000) goal. As of this writing, almost 2,000 donors had already contributed over £193,000 ($330,000). The funding period runs until July 23, so if you want a set of these bad boys, you still have time. The company is offering a discount of £20 ($34) for a limited number of early donors. Shipping outside of the UK will cost you another $17.

As far as I’m concerned, the future can keep its flying cars and three-breasted Martian hookers. Okay, that’s a lie, but still. Earbuds without annoying wires? It’s a great time to be alive.