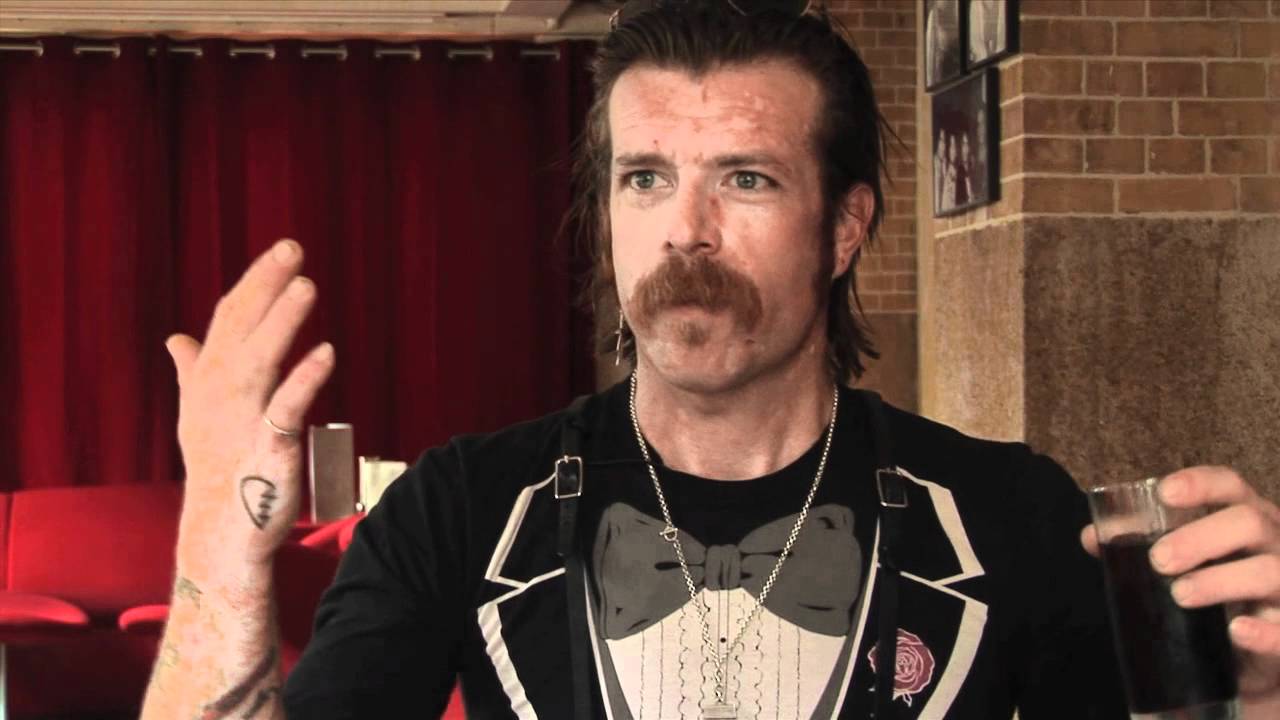 ‘As the survivor of a mass shooting I can tell you from first-hand experience that all of you protesting and taking days off from school insult the memory of those who were killed.’

Everyone remembers the Paris terror attacks and in particular the assault on the Bataclan where rock band Eagles Of Death Metal were playing and 89 people were brutally murdered.

Ever since then, the lead singer of the band Jesse Hughes hasn’t exactly shied away from controversy, for example openly revealing that he carried a gun around with him at all times now as he didn’t feel safe otherwise. Right – I know something awful happened to the guy but I’m not sure if that’s a solution to the problem pal.

His forthright opinions reached their lowest ebb over the weekend though when he insulted the survivors of the recent Parkland school shootings, who have recently been taking days off school and marching against gun laws in the United States. In a series of now deleted Instagram posts, Hughes said the following (there’s a screen grab from the original post too):

As the survivor of a mass shooting I can tell you from first-hand experience that all of you protesting and taking days off from school insult the memory of those who were killed and abuse and insult me and every other lover of liberty by your every action.

Donald Trump will be your president for 7 more years.

There are only 2 genders.

Whoa. Covering a lot of ground there. I dunno if he was an drunk, or an idiot, or just realised he was plain old wrong, but he deleted the posts and replaced it with one saying he shouldn’t have mixed music and apologies, but not expressly apologising. Sounds about right.

Anyway, I’ll let you draw your own conclusions about that but I think everyone on this side of the Atlantic at least would agree with me when they say that it makes perfect sense that if people can’t own guns then a lot less people are going to die in gun crime, but I suppose some Americans can’t see that. Even after they’ve been involved in mass shootings themselves. So it goes.

For more of Jesse Hughes being a dick, check out some more dumb stuff he’s said over the years. Guy is a dickhead.