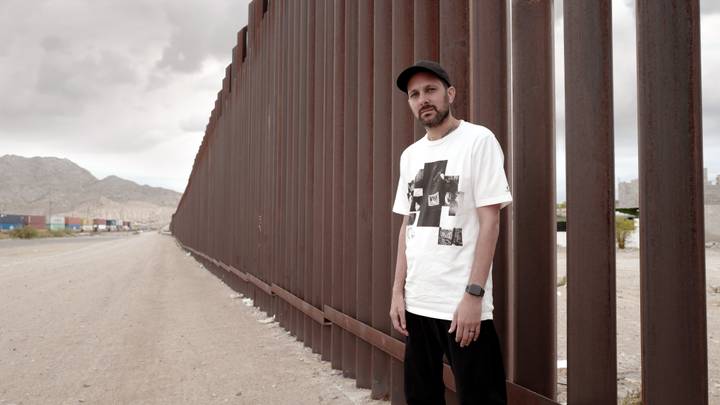 The wall between Mexico and the USA was one of the key promises of Donald Trump’s 2016 successful election campaign, but ever since then its slow construction has pretty much been a metaphor for his terrible and haphazard presidency.

Now though the final nail in its coffin might have arrived courtesy of magician Dynamo, who has decided to reveal just how easy it is for people to circumvent the wall by literally walking through it as one of his latest magic tricks on his new Sky One show ‘Dynamo: Beyond Belief’. The trick was captured on a random passer by’s mobile phone in the footage below (lol yeah sure there was a random passer by walking next to the border wall at the exact time that Dynamo chose to perform his little stunt. Sure.), but the full thing will be shown on Sky One tonight:

Wow. Literally seems like he just walks up to it and slips through it because the fence isn’t wide enough. I guess that isn’t strictly true because we know Dynamo is the master of illusion or whatever, but if Trump sees this footage he’s probably going to have a heart attack thinking about all the Mexicans that could easily make their way into the country. Someone show it to him immediately!

Probably isn’t going to happen in reality though – Trump having a heart attack or loads of Mexicans getting through the wall – because Dynamo said the following about the stunt:

It’s probably the riskiest piece of magic I’ve ever performed.

It took me three years of planning to achieve this and I’m just happy me and my team came back safe and unharmed.

Yeah doesn’t sound like your regular Mexican guy would be able to pull that off. Don’t try this at home kids.

For more of the same, check out Dynamo completely screwing up his trademark trick live on stage a few years back. Whoops.