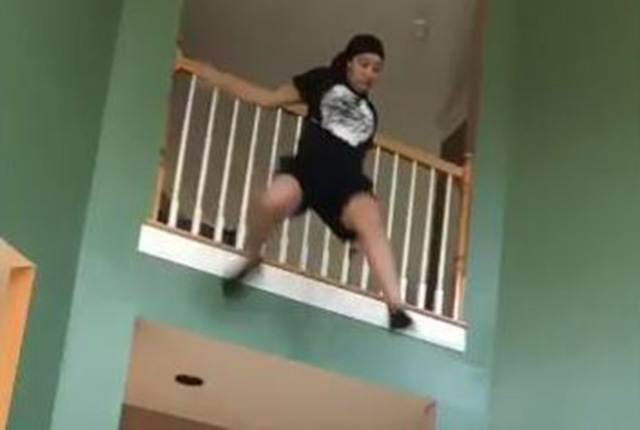 When you’re home alone and trying to entertain yourself.

I’m not quite sure why this girl is jumping off the second floor of her home in dead silence and recording it, but the more I think about it the more baffling it becomes.

One thing I am sure of though is that the noise she makes upon landing is not good:

Respect where it’s due though – despite the pain she still had the strength to stagger over to the camera and turn it off. She already captured the viral moment, no need to have the entire internet watch you slowly die on the floor like a wounded animal. Turn the camera off, then collapse and writhe around in pain to your heart’s content.

To watch a student try to backflip off a goalpost and completely obliterate himself, click HERE.