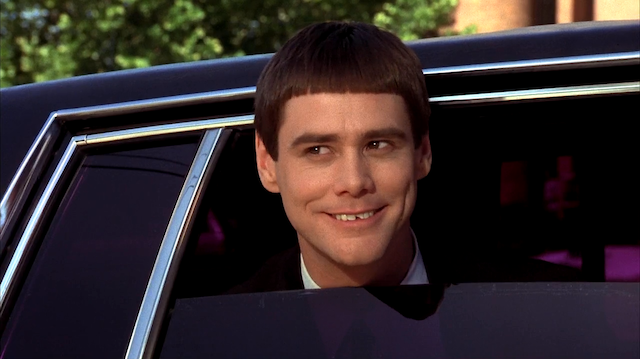 20 years later, Harry and Lloyd are back together for a sequel.

Just when you think Hollywood has pissed you off for the last time with all their stupid remakes and sequels that are too out of date and subsequently absolutely terrible (anyone remember Tron: Legeacy?) they do something like this…..AND TOTALLY REDEEM THEMSELVES.

There have been rumours of a Dumb and Dumber sequel for years but it seems like Harry and Lloyd are actually coming back to a screen near you next summer. Yesterday two shots of Jim Carrey and Jeff Daniel in character were released and it looks like Harry has definitely aged a lot better than Lloyd, who now kind of resembles a heroin addict with loads of gross stretch marks all over his face and neck. Yuck.

Despite this though it’s obviously great to see these guys back in their original persona and to know that a sequel is finally coming out after 20 years. Speaking after he won the Emmy for Outstanding Actor In A Drama Series, Daniels stated that the original Dumb and Dumber ‘pales in comparison’ to the new effort and that they’ve definitely topped it. He also said that ‘there are some things that’s we’re going to do in Dumb and Dumber 2 that make the toilet scene [in the original] seem lame.’

In the pictures that were uploaded yesterday, Harry and Lloyd are reading a copy of Jim Carrey’s new children’s book ‘How Roland Rolls’ which came out yesterday – what a coincidence – but of course they’re doing it wrong because they’re Dumb and Dumber. Jeff Daniels later tweeted a picture of the pair hanging out too.

And no, Dumb And Dumber To is NOT a typo in case you were actually dumb enough to think that. 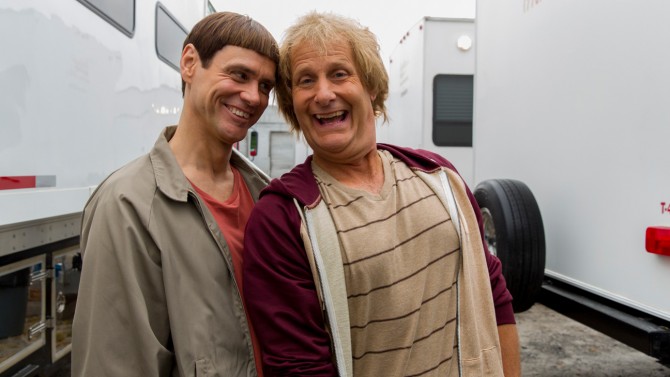 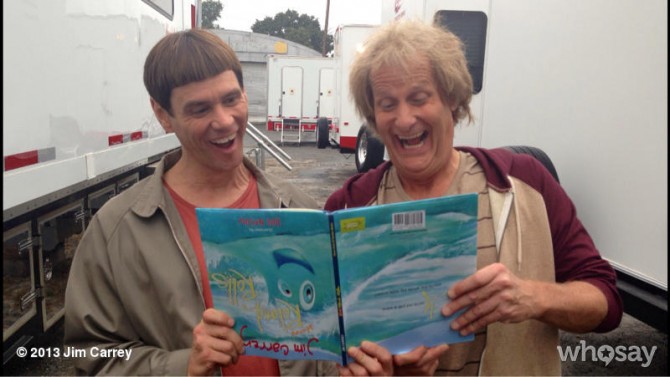