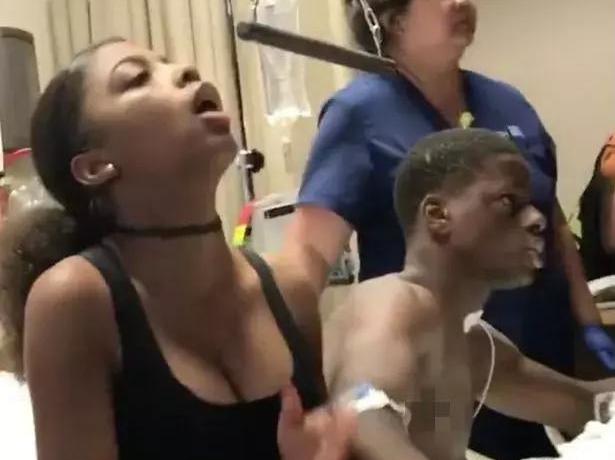 A fate worse than death.

There’s not much worse that can happen to you than being involved in a car crash, but if you are involved in one and survive you would probably feel really lucky. Unless you were this guy.

In the video, the dude is in hospital being comforted by his family and his girlfriend, only for his side chick to come in to see him. Needless to say, shit kicks off. I can’t really say I blame them, but that’s got to be an absolute nightmare for the dude, especially as he can’t exactly get up to run and hide:

That is definitely not what you need when you’re trying to recover in hospital. Gotta love the look on his face afterwards, and also when the nurse casually drops in “the patient’s blood pressure is rising”. No shit huh?

For more unexpected encounters, check out the story of our encounter with the Birmingham Piss Troll. Weird.