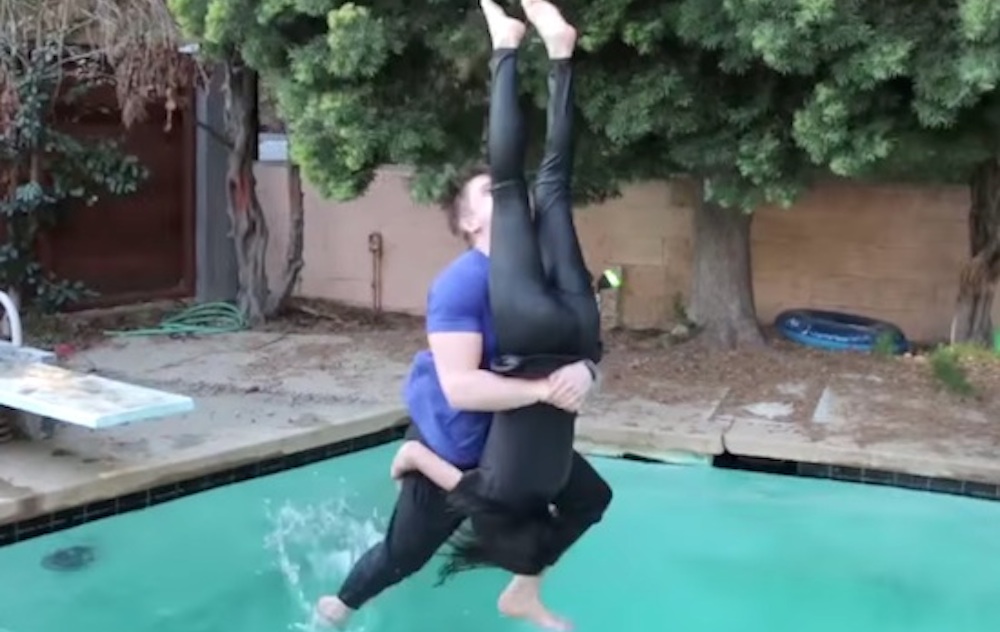 This dude Joe Weller seems to be a bit too obsessed with WWE moves. Not only was he responsible for the classic WWE moves in public video that we featured a couple of months ago, but now he’s returned with a video where he performs WWE moves on a girl and doesn’t hold anything back.

Fortunately for the girl they’re not in an actual wrestling ring and in a swimming pool so it probably doesn’t hurt them that much, but even so it probably can’t be that much fun for her because a whole lot of water probably goes up her nose – especially on the tombstone – which is never fun. However, that just undermines the fact that she’s probably the best girlfriend ever – I’m sure every guy reading this dreams of finding a girl who will let him do WWE moves on her, right?