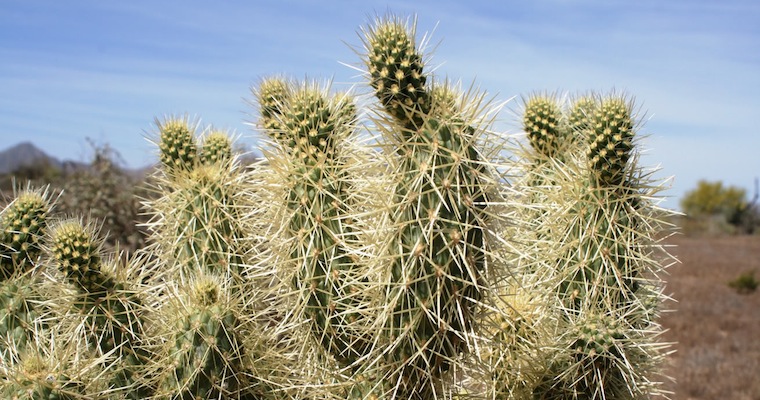 Cactuses (Cacti? Cactus? WTF is the plural?) are brutal. I mean, anything that is absolutely covered in spikes is going to give you a bad time. So why anyone would want to bodyslam one is beyond me. It is totally LOL though.

Cactuses (Cacti? Cactus? WTF is the plural?) are brutal. I mean, anything that is absolutely covered in spikes is going to give you a bad time. These spikes serve one purpose and one purpose only: to fuck you up. OK that’s not the only reason they have spikes. The main reason is to do with water conservation and the secondary reason is to protect the cactus from animals who are wanting to break it open and access all the tasty water that’s stored inside.

â˜› Check This Out Next: Sick Chirpse Guide To Growing Your Own Magic Mushrooms

Cacti are awesome and another great example of evolution through time, but the question is, why would anyone want to do possibly the most stupid thing ever imaginable, which is to body slam a massive cactus and destroy their body via the hundreds of really sharp spines that cover the plant? I really don’t know to be honest. The only way I would ever do something so utterly stupid would be if I was blackout drunk. Imagine waking up the next day though and finding 100’s of puncture holes all over your body and not having any recollection of how you got them. That would really suck.

I guess this dude body slams a cactus because he thinks that he’ll get rich from the YouTube advertising money and he can avoid a 9-5 for a bit longer. He was probably inspired by Steve-O and the stupid Jackass guys because they’ve all pretty much got rich and famous from doing utterly dumb things and constantly destroying their bodies. I remember when Jackass first came out and it was suddenly mega cool to sit in a trolley and have your mate ram you at full speed into a curb so you flew out into a load of bushes. People say they get a buzz from doing stuff like this but I think they’re the kind of people who are born mentally retarded. If you get your kicks by bodyslamming cacti then you sir are a twat.

Anyway, the video’s obviously completely LOL if you’re not the dude doing it. Check it: