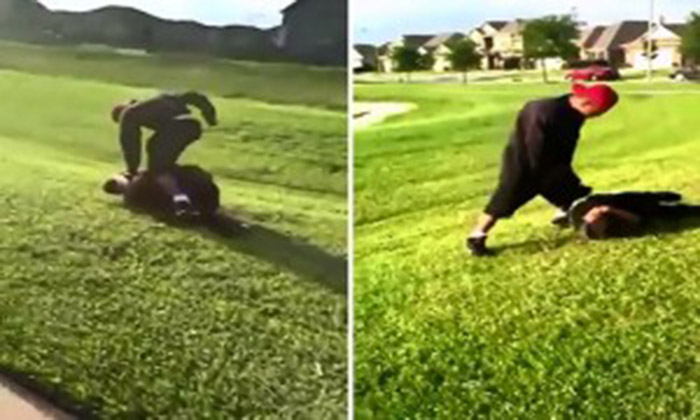 Don’t ever, ever mess with this guy’s sister.

This isn’t an easy video to watch by any means, but it’s a decent example of how things work in the world. If you don’t want to end up getting the absolute shit kicked out of you and have it put online for everyone to see, don’t beat up your girlfriend / this guy’s sister.

Wow, how super quick were those punches? He was basically unstoppable. Crazy to think that in the days before mobile phones you wouldn’t have even been able to see such shining examples of street justice. If you beat the fuck out of someone for hitting your sister and no one’s around to see it did you really beat the fuck out of someone? Need that video evidence in 2015.