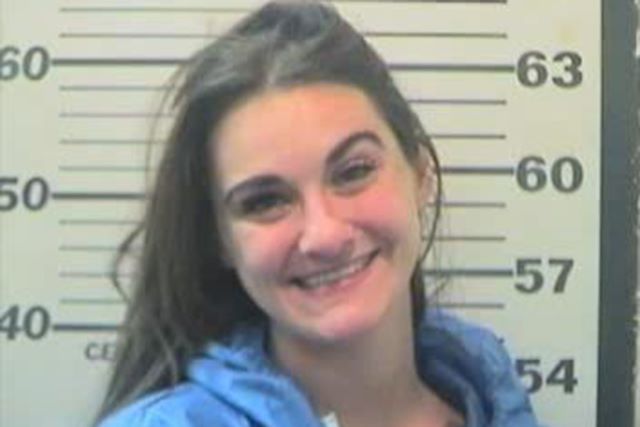 A boozed-up woman stripped naked on a flight from Florida to Texas this week and swung punches at people who tried to stop her, before throwing up all over herself and forcing the plane to divert to Alabama for an emergency landing.

As reported by the NY Post, Sierra Nicole McClinton, 25, was blind drunk aboard the Houston-bound CommutAir flight from Jacksonville, Fla., on Thursday – prompting her to take off her clothes and cause a scene, resulting in her arrest as seen in this Instagram post by a fellow passenger:

Most interesting flight of my life. The lady in handcuffs threw up on herself mid flight, took her pants off, tried to fight another passenger, then swung on the flight attendant. So we had to have an emergency landing…. it’s been a day lol

How embarrassing. On the bright side, Sierra Nicole absolutely nailed her mug shot:

Yup, that’s definitely a drunk person. She was so wasted she was still feeling the effects down at the police station in Alabama. Which is a mistake quite a lot of people make when drinking before their flight. You don’t want to be utterly shitfaced on a plane, you just want a decent buzz so you can maybe fall asleep or keep the buzz going at a moderate level on your flight. Drinking to the point of blacking out, stripping naked, puking everywhere, and fighting everyone? Just a bit OTT.

The real bummer for everyone else on that flight though was having to abandon their route for an emergency landing. Was it really necessary to divert the plane and screw over every other passenger? Just give her a tranquiliser or something and take them to their destination instead of ruining everyone’s day over one moron. Then again no one wants to be on a plane that stinks of puke so maybe they were begging for the nearest landing. Either way – nightmare for everyone involved.

For the plane that was forced to turn around after a mother forgot her baby in the departure lounge, click HERE. Whoops!