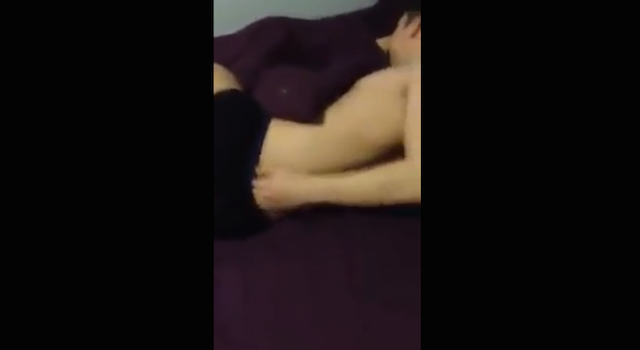 Sean should probably quit drinking for a while.

Yesterday we featured a student who was so drunk that he passed out literally INSIDE a urinal and it seems that the students are well and truly on their game this December (forget about essay deadlines) as today we’re featuring a guy who got so wasted that he literally shit himself in his own bed.

There isn’t any information about where this was but it seems like it was one wild night, as Sean ended up in bed in his boxers with no covers, his door unlocked and a massive turd dripping out of his ass. Fortunately his mates smelled it stinking out the joint – for once whoever smelled it, dealt it wasn’t true – and were there to film him putting his  bare hands down his butt and pulling a golden nugget out of it. Rank.

Sean should probably quit drinking for a while and although I hate to sound like an old timer, you students should probably try and tone it down a bit in terms of getting completely out of control. Ending up like this just isn’t cool at all and it’s not going to feel good when the whole internet’s laughing at you for doing something rank like this.