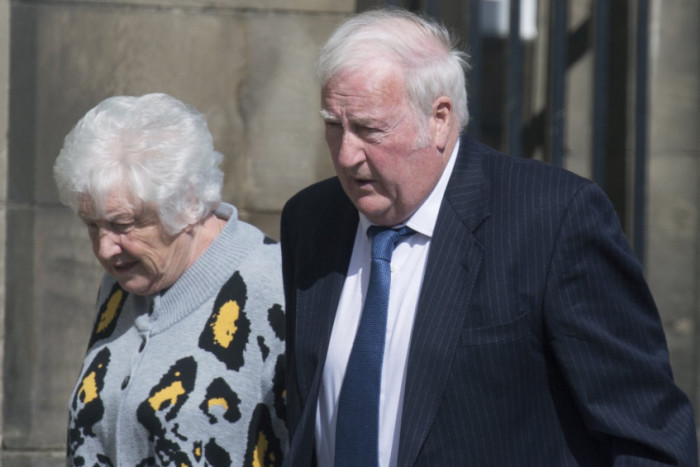 As we grow older, we often find ourselves asking the question of whether or not we’ll still be able to enjoy the same activities that we did when we were younger. Thankfully if the antics of 72-year-old Robert Fergus and his 69-year-old wife Rebecca are anything to go by, then we know that we’ll still be able to get trashed out of our brains and embarrassed by our actions when we’re pensioners too.

The Ferguses were staying at the MacDonald Loch Rannoch Hotel up in Scotland in February of this year when they decided to go on a late night drunk naked rampage, attacking and threatening staff with scissors and then speeding off in their BMW whilst clearly under the influence. Staff themselves were forced to flee two miles on foot to the nearest village as they were so scared of the couple.

The pair were picked up two hours later on the B846 near Tummel Bridge where Fergus was arrested for being drunk. They finally appeared in court last week, with Michael Sweeney describing the case against them:

They were resident in the hotel and were seen to be intoxicated at 5pm. At 1.45am Scott Glen was woken by banging on his hotel room door.

He saw Ruth Fergus in the hallway. He noticed she was intoxicated and appeared confused. She began shouting ‘are you being f***ing funny?’”

Mr Glen went to reception to tell staff and at that point Mr Fergus appeared with no clothes on and began hurling foul-mouthed abuse at the staff and guests in the foyer.

Both accused were acting as if they were out of control. He was observed to have a pair of scissors. Mrs Fergus said: ‘I’m going to get a gun and shoot you,’ at Miss Titkova, a worker in the hotel.

On seeing the scissors, Miss Titkova shouted at the other staff and guests to run. They saw Mr Fergus pick up a sign and smash a glass pane in the door with it.

Fergus then stormed through the foyer telling witnesses he would “slit” and “kill” them. Staff and guests ran from the hotel towards the village of Kinloch Rannoch in Highland Perthshire. 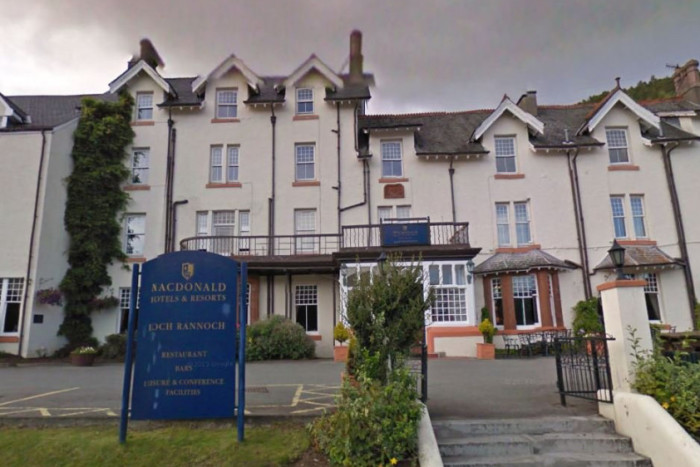 Sounds like a pretty open and shut case right? The Ferguses tried to defend their actions by claiming that the hotel guests and staff threatened them, but CCTV camera footage showed that their rampage was completely unprovoked and they were forced to admit their guilt. Nevertheless, Fergus’ lawyer Ewan Cameron tried to defend the actions of his clients by saying the following:

This was a thoroughly unfortunate and undoubtedly terrifying series of events for the complainers. He is a 72-year-old man with no previous convictions and this appears hugely uncharacteristic on his part.

He consumed much more alcohol than was sensible. He retired to bed but was roused by his wife who said she had been on the receiving end of hostility from hotel staff.

He reacted disproportionately by going to reception to confront them. His memory is somewhat hazy. He was responsible, in a fit of pique, for vandalising the property.

Until retirement he was a chartered surveyor and has contributed much to society. He was a senior committee member of the local rugby club and fundraiser for a school for disabled children.

He is a financially comfortable man who realises he must make amends for the wrongdoing he inflicted on people just doing their jobs and on holiday themselves.

Yeah I mean that’s hardly the summation of an innocent man is it? I guess he’s just trying to get off as lightly as possible and Fergus’ punishment wasn’t too bad in the end: banned from driving for two years, a £2750 fine and £800 in damages.

Sounds like he’s pretty loaded so probably won’t hit him too hard and at least he’s got a sick story to tell the grandkids out of it. An inspiration to everyone who thought that growing old meant you couldn’t do anything crazy anymore too. Legend.