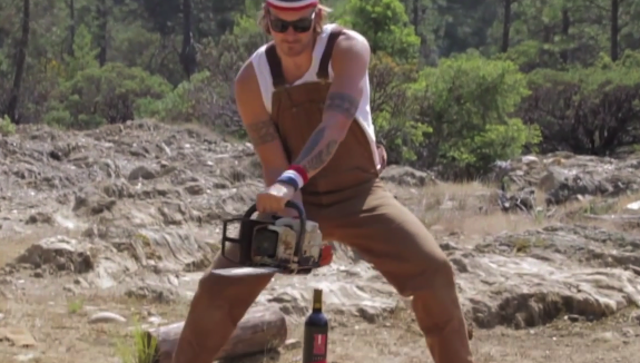 It can be really annoying when you’re drunk and you really want another beer but you don’t have a bottle opener so you can’t actually manage to get the bottle open and drink that delicious nectar. It can be the most annoying thing in the world, even if you’ve managed to learn some of the techniques in the art of opening beer bottles, they don’t always necessarily work.

This drunk Australian guy had the best idea ever for opening a beer bottle when he was drunk though – he used a chainsaw. He just doesn’t give a fuck and surprisingly it works, although it’s nowhere near as much carnage as I was expecting which is a bit disappointing. Sick party trick though for sure, although it’s probably not as good a use for a chainsaw as dressing up as Jason Voorhees and pranking people.