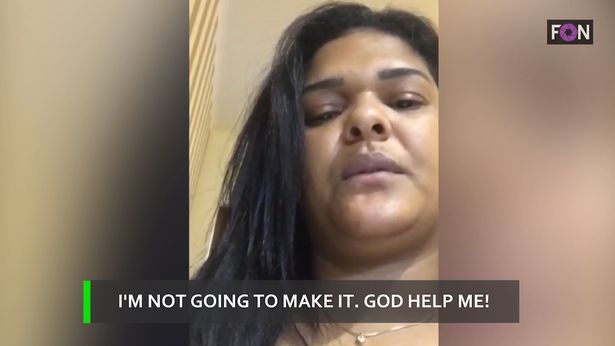 We’re all aware of the fact that drug mules exist and are regularly smuggling large amounts of drugs across borders in their stomachs or worse, but I doubt that any of us think about that on a Friday night when we’re shoving a line of gak up our nostrils.

This might hopefully change somewhat thanks to the tragic video below though which features the moments before a drug mule dies after a cocaine capsule explodes inside her. 28 year old Dayse Ricarte had been travelling from Brazil to Portugal and filmed the message to her best friend as she was fairly certain she was going to die. Her body was found in the Sao Pedro Hotel in Lisbon shortly afterwards.

You can watch the video below but bear in mind it’s pretty poignant and upsetting as she literally dies minutes after filming it:

That was a tough watch and really drives home the dangers of being a drug mule. Maybe you’ll think twice about your habit next time you think about picking up for the weekend now. RIP.

Her cousin João Vito said the following about her death:

Dayse was always travelling, and we only found out about the video when it was sent to my aunt.

It was through this that we began to investigate to see if the information was true.

She had a dream of getting plastic surgery and she may have embraced this lifestyle to fund it.

The person who did this to her tried to do it with my friends.

This person sent her there and said that she would have enough money to do her surgery. She didn’t like drugs, she was duped and sent to her death.

Kinda makes it even more tragic that this woman is now dead because of this because she wanted enough money to afford plastic surgery. Really sad. RIP again.