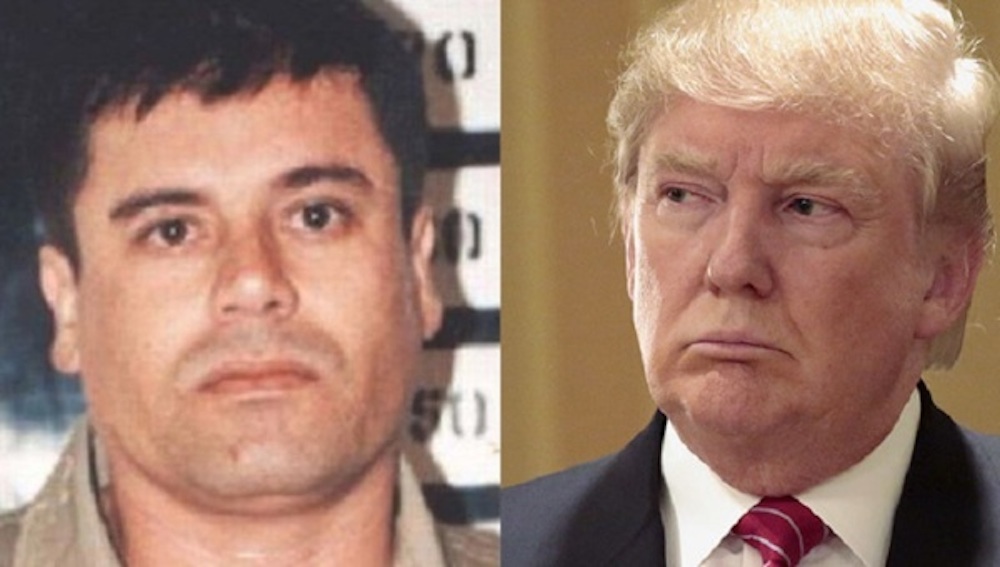 Not sure who we’re rooting for on this one.

Infamous Mexican drug lord El Chapo (for more info on him, click here) has allegedly put an $100 million bounty on the head of Donald Trump and ordered him to be brought to him dead or alive.

This is the culmination of a stupid feud that has existed between them for a few months now. It began when Trump said El Chapo was a prime example of why a wall should be built between the US and Mexico and then went on to claim that he was the only person powerful enough to stop him. El Chapo replied to this when one of his sons Tweeted threats to Trump which in turn made Trump beef up his security detail and call the FBI.

Everything then went quiet for a while until this news report surfaced in the Mexican media a couple of days ago:

The world’s most wanted and most dangerous drug lord, Joaquin “El Chapo” Guzman, is allegedly offering a US$100 million bounty for whoever delivers billionaire and Republican presidential hopeful Donald Trump to him, dead or alive.

According to various websites, sources close to the drug trafficker say Guzman was infuriated by Trump’s racist remarks against Mexicans. 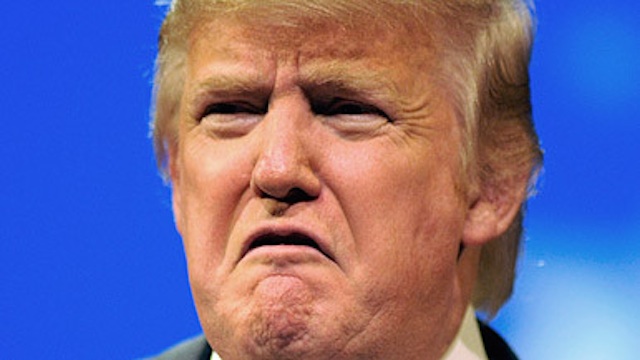 “He was mad. He wants Donald Trump dead and will pay any amount of money to have Donald Trump’s head,” said an unnamed inmate, according to Most Extreme News.

After Guzman’s escape, Trump said that it was time to build a wall between the two countries, and said that the drug trafficker’s incredible escape proved the extent of corruption in Mexico.
Trump said to his audience, “Can you envision Jeb Bush or Hillary Clinton negotiating with El Chapo … Trump, however, would kick his ass!”

To which El Chapo’s lawyer Juan Pablo Badillo responded, “What is he going to do? Kick him around like a soccer ball?”

Wow. It seems like the heat is on and El Chapo is pissed and this offer might just be enough to make someone actually attempt to kill Donald Trump. It’s a hell of a lot of money and it’s undoubted really that there are people Chapo knows who would gladly take a pop at Trump for some cold hard cash.

I doubt Trump has anyone on his team who would do the same, and anyway he would have to FIND Chapo first which would be a lot easier said than done. Good luck out there Don.

If you need any other reasons as to why Donald Trump is a moron, check out the video below: