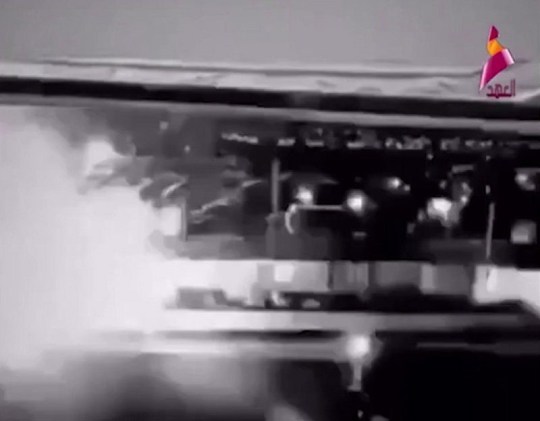 Is this the moment that could spark WW3?

I don’t think any of us had ever heard of Iranian general Commander Qassem Soleimani before today, but by most accounts he was a terrible person who was responsible for the deaths of thousands.

From Iraq to Syria and around the Middle East, every atrocity that Iran has committed, Soleimani had apparently been involved in. People were celebrating in the streets of Iraq at 430am after hearing of his death (video at the end of the blog). So on that level it’s tough to feel badly about this CCTV footage of him being blown to smithereens close to Baghdad airport this morning:

The US Defence Department said it targeted Soleimani because he ‘was actively developing plans to attack American diplomats and service members in Iraq and throughout the region’. Meanwhile Donald Trump has been in full-on “damn right I did!” mode on Twitter:

Iran never won a war, but never lost a negotiation!

General Qassem Soleimani has killed or badly wounded thousands of Americans over an extended period of time, and was plotting to kill many more…but got caught! He was directly and indirectly responsible for the death of millions of people, including the recent large number….

….of PROTESTERS killed in Iran itself. While Iran will never be able to properly admit it, Soleimani was both hated and feared within the country. They are not nearly as saddened as the leaders will let the outside world believe. He should have been taken out many years ago!

Obviously no one wants to see an escalation or full on war come from this, but you can’t deny some people just deserve to have a rocket fired into their heads and this Soleimani guy was one of those people. Get a load of how happy these Iraqi people are:

4:30 AM (IQ time): Iraqi protesters at Baghdad’s Tahrir Square are celebrating the death of Qassem Solaimani in a US airstrike. #Iraq pic.twitter.com/Fw5BmQm2yX

However, we must also remember:

The news out of Iraq is a measure of justice done but with unknowable consequences. We need to protect our people throughout the Middle East and presume a war posture. We must also reinforce our position in Iraq and maintain our coalition presence. Mitigate boomerang risks.

Indeed, while the world is better off without this terrorist scumbag it now means America (and the rest of us) need to be ready for anything. A lot of people are worrying about World War 3 kicking off but I really don’t think Iran is that stupid so if the families across Iraq and the Middle East are happy this guy is dead, then maybe we should just be happy for them too?

For footage of the ‘MOAB’ explosion that killed 36 ISIS fighters in Afghanistan, click HERE. Total wipeout.