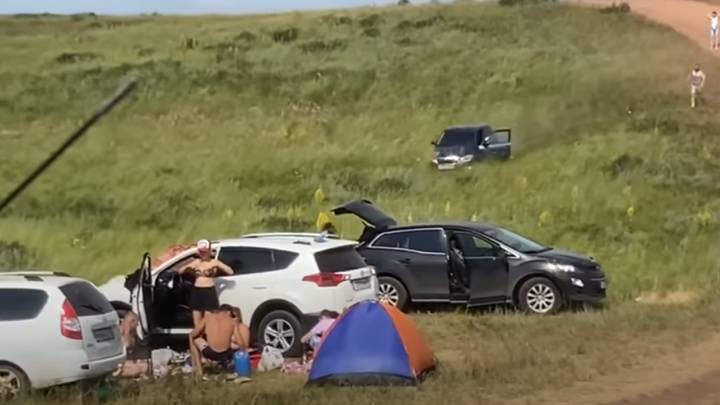 Lockdown is sorta kinda over (for now) and people are starting to get up to all the activities they were involved in before it happened and this obviously means that they can get into all kinds of trouble whilst doing so as well.

One of the dumbest videos to emerge so far has come from Russia (obviously), where a bunch of people headed to the countryside for a picnic and to go sunbathing after their extended stay in doors. Unfortunately for them, this was happening in Russia and a guy forgot to put the handbrake on his parked car and it ended up speeding down the hill and ploughing straight into them in a moment that can only be described as true vintage comedy (nobody was hurt):

Lol. It’s kinda weird how the car initially starts rolling back because it kinda looks like someone is reversing it via remote control or something – like it actually is one of this driverless cars – but apparently it’s just because he didn’t put the handbrake on? Crazy how gravity works sometimes I guess.

This view of events was backed up by a witness who said the following:

This man forgot to apply the handbrake when he got out of his car while manoeuvring it near the top of the hillside.

[This caused] it to roll down the hill without a driver and crash into cars parked at the bottom.

Guess that’s that then.