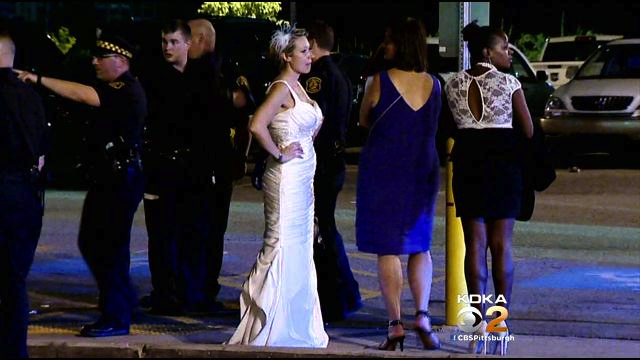 Talk about a dream day.

Your wedding day is supposed to be the happiest day of your life – or at least up there – so it’s probably not advisable if you’re the groom to hit on a pregnant reception worker, get into a fight and then get arrested.

But that’s exactly what some guy called 31 year old guy Mark Williams ended up doing at his wedding at Pittsburgh Station Square over the weekend. Presumably intoxicated, he started hitting on a pregnant receptionist (whatever turns you on big guy), groping her and pouring alcohol down her throat, despite her insistence that he didn’t for the quite obvious reason that she was pregnant.

When Williams refused, the unnamed woman called her boyfriend – a guy called Tyler Smith who was 20 years old and sounds like way more of a badass than Mark Williams – to pick her up. This is when things got messy as when Smith confronted Williams they started to get physical and the groom’s brother David – a 35 year old off duty policeman – also got involved. All three were led off to prison and Mark spent the night in a cell, instead of in bed with his loving wife/substitute for a pregnant receptionist.

In a bizarre footnote to this, another guest of the wedding – a 31 year old named Brian Taylor – was also arrested although it’s not sure if he actually had anything to do with this altercation. He apparently put his fist through a window in the parking lot, then when the cops tried to arrest him he resisted whilst repeatedly yelling that he was HIV positive. OK.

Talk about a dream day. At least they didn’t have to photoshop their wedding photographs though. 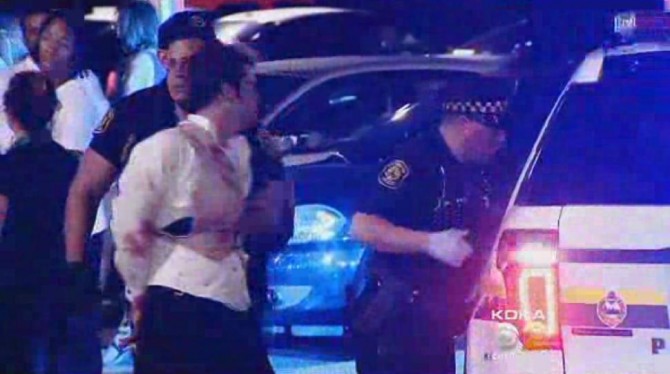