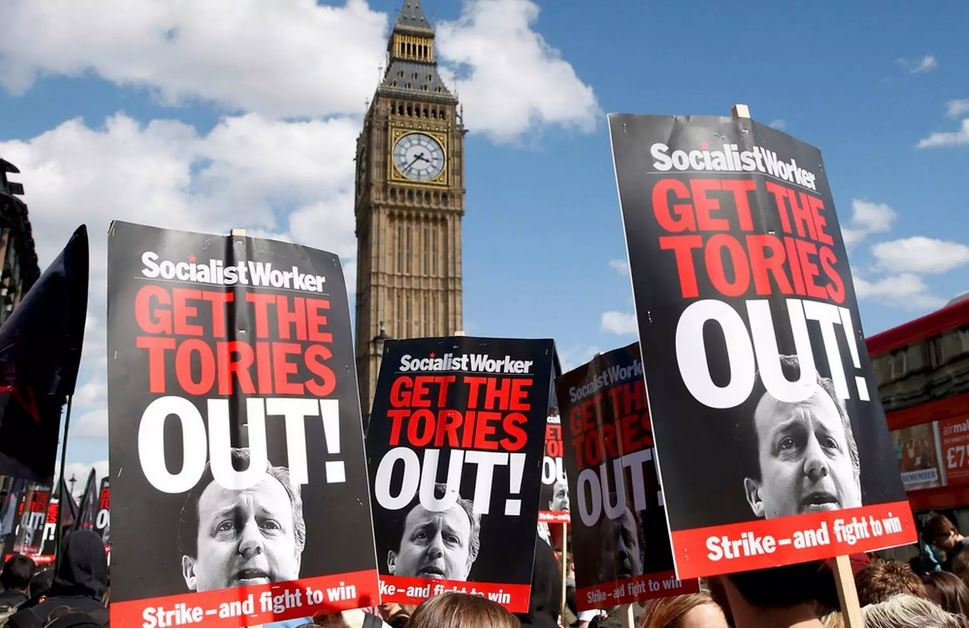 Why the Downing Street rioters have done nothing but hinder their own cause.

The shock Conservative majority provoked mixed reactions around the country on Friday, some welcomed a Tory government with open arms whilst others grit their teeth and prepared for another 5 years of austerity. I would place myself in the second category. I voted Labour because I fundamentally disagree with the Conservative trickle down economics approach to running the country. I think the NHS should be protected at all costs, and that the rich should bear the brunt of the recovery not the most vulnerable in society. So Friday was a bad day, partly because my right tonsil had swollen to ping pong ball size proportions, but mainly because the country now faces another 5 years of the rich get richer and the poor getting poorer.

However on Saturday whilst some rued a loss or celebrated a victory,  thousands of disgruntled voters decided to react to the news by staging a protest at the gates to Downing Street, carrying banners emblazoned with “Fuck the Tories” and “Tory Scum”. It pretty quickly turned into an ugly stand-off between them and the police, with 17 arrests being made and several policemen being hospitalised. The march was originally planned by the ‘People’s Assembly’ in case the Tories lost the election but attempted to maintain power in some kind of coup, which if you ask me all sounds a little bit dramatic and I can’t see how they could possibly have pulled that off if the opposition had won, and despite the Tories winning a perfectly valid election the protests ended up happening anyway.

While it might all seem very gallant standing up the the establishment, the issue is that these protests-turn-riots have done nothing but rub salt into the Left’s already stinging cuts. Imagine you’re a Tory voter waking up on Sunday morning, you grab your copy of the Daily Mail off the doorstep because John the Postman delivered it to you just like he has for the past 25 years, you toddle inside, pour yourself a cup of Earl Grey and open the paper to see the headline: “SOCIALISTS LAY SIEGE TO DOWNING STREET”. The first thing that’s going to come into your head is “God, look what Left-Wing supporters do, I’m so glad I voted for that David Cameron chap”. Then further down the article you’re going to see the vandalism of a World War 2 memorial on VE Day of all days, and your conviction that the Conservative Party is the only way of stopping horrible Left-Wing anarchists ruining the country and nicking your family silver is going to be completely cemented. 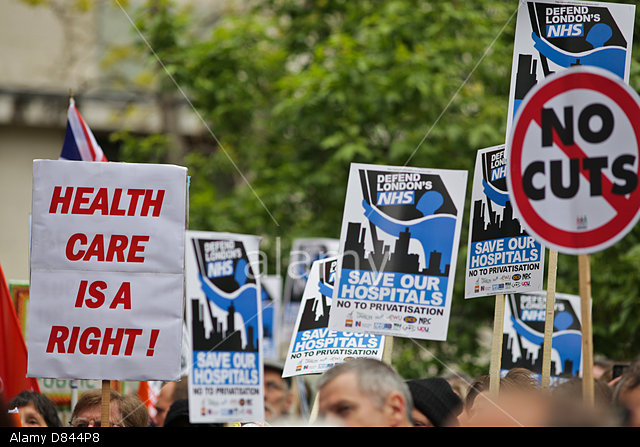 The idea that because The Conservatives were voted in by 37% of 66% of the electorate, i.e. not a majority so thus the Tory government is illegitimate is pretty ridiculous. It seems to me like this is just an faÃ§ade built in an attempt to rationalise what the protests actually are – an expression of hatred against the Tories, whether they won a clean victory or not. This becomes more obvious when you realise that had Labour won they most certainly wouldn’t be out protesting against an unfair victory. I agree that there needs to be voting reform, the fact that UKIP got 4.5 million votes but only one seat compared to SNP who got 1.5million votes and 56 seats is completely ludicrous and wholly unrepresentative of public opinion. The system needs to change, however clashing with police and causing general damage and disruption on a day when we should be remembering the end of World War Two is definitely not the way to achieve it.

All these protests have done is given Rupert Murdoch’s right wing media empire a complete and utter field day, the final blow in what has been a hateful and concerted media campaign which has been largely successful in scaring people away from voting Left. The constant demonisation of The Labour Party and in particular their relationship with the SNP is one of several significant factors  that contributed to the Tory victory last Thursday.

Don’t think I don’t sympathize with the protesters, I do. When I flicked on the news at 9am on Friday and discovered that we had 5 more years of Conservative rule ahead of us I wanted to shout “WHY” at everyone who voted for them whilst simultaneously breaking box after box of free range eggs. However this approach never really works, and all that those who went out on Saturday and shouted stuff about David Cameron’s mum have done is further alienate prospective Labour/Green voters, adding insult to injury at the end of a terrible week for both the Labour Party and everyone else who believes that there is a better, fairer way of doing things.