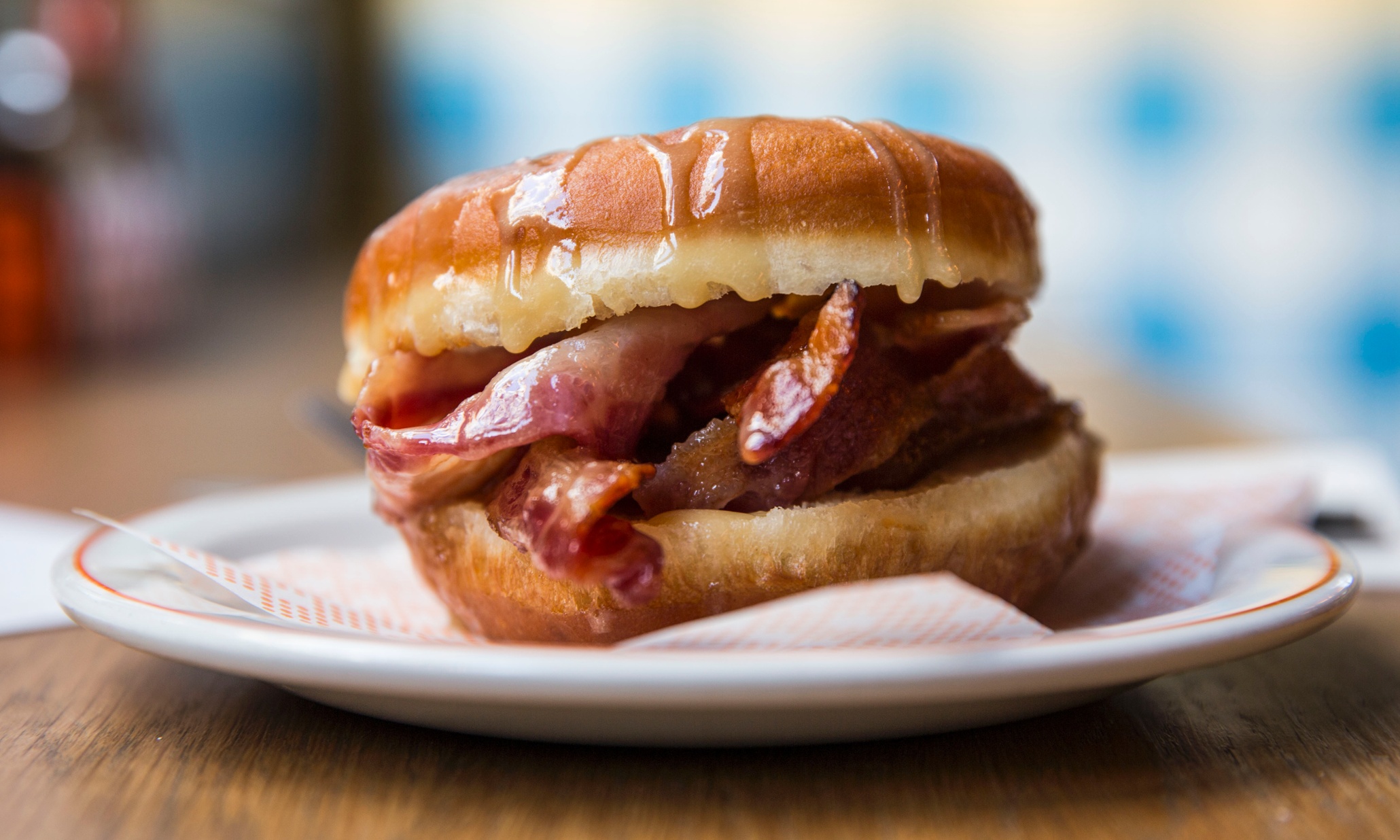 Hot on the heels of the ridiculous bacon crusted onion rings that we featured the other day, Shoreditch chicken restaurant Bird has released an even more outrageous item of food – only this time you can tuck into it for your breakfast.

It’s called the doughnut bacon buttie and it’s exactly what you think it would be – a bacon buttie that isn’t covered in bread but is surrounded by two halves of a doughnut instead. It’s then covered in a delicious maple glaze to add a few more calories and make it even tastier. I guess that’s one way to keep hunger locked up until lunch eh?

There isn’t really much else to say about it, except that all the reviews I’ve read of it so far have been insanely positive and that I’ll probably be trying one myself and letting you know what I think of it, as I literally live around the corner from Bird. I mean how could I resist, it looks delicious doesn’t it? 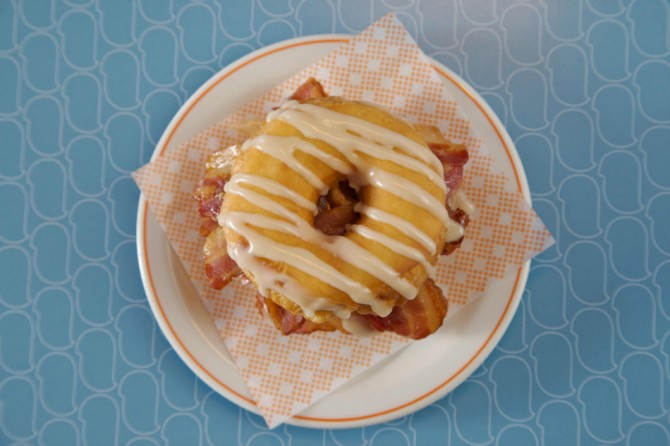