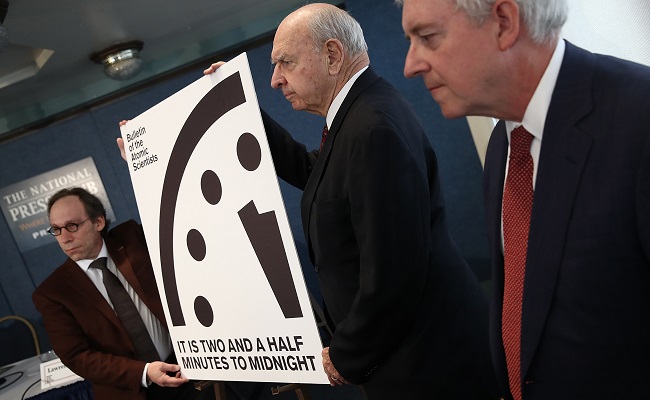 Ever since Donald Trump was elected President, a lot of people have been talking about how it could lead to the end of the world, and it looks like the Bulletin Of Atomic Scientists agrees with this analysis as they’ve officially moved the Doomsday Clock 30 seconds closer to midnight.

If you’re unfamiliar with the Doomsday Clock, then it’s a clock that was created in 1947 that’s designed to indicate how close the human race is from complete and utter destruction. It was originally built with the intention of monitoring the threat of nuclear war, but since its inception it’s now being used to observe threats such as cyber terrorism, climate change and biological warfare.

The fact that the minute hand has moved forward so that the clock is now reading two and a half minutes to midnight is actually a pretty big deal, as it’s apparently the first time that the minute hand has ever been moved in the clock’s 70 year existence. It also means that the clock is the closest it’s been to midnight since 1953 when the US and the USSR were testing hydrogen bombs openly. Uh oh.

The Bulletin’s Science and Security Board explained their reasoning: 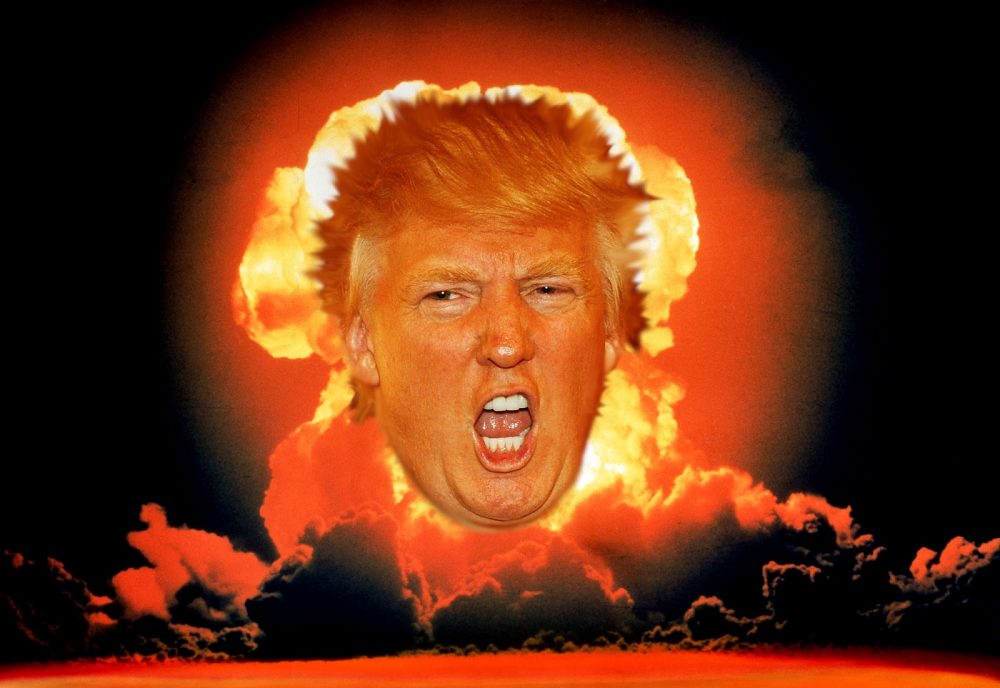 Over the course of 2016, the global security landscape darkened as the international community failed to come effectively to grips with humanity’s most pressing existential threats, nuclear weapons and climate change.

This already-threatening world situation was the backdrop for a rise in strident nationalism worldwide in 2016, including in a U.S. presidential campaign during which the eventual victor, Donald Trump, made disturbing comments about the use and proliferation of nuclear weapons and expressed disbelief in the overwhelming scientific consensus on climate change.

There you have it: we’re officially all doomed. It’s literally official now, everyone can stop moaning and speculating about it because that’s that, the scientists have spoken. Enjoy 2017 whilst it lasts.

For more nuclear weapons, check out what would happen if every single one on the planet was launched. Might as well know how the year is gonna end.