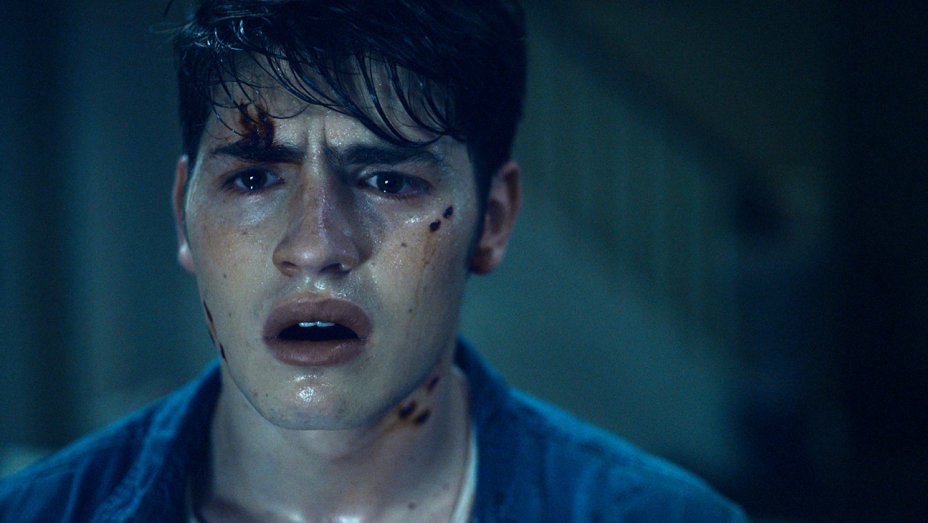 Whatever you do, don’t hang up.

Teen survival horror movies are literally a dime a dozen, and they usually follow the same tired formula of a killer slowly picking off a gang of buddies, with only the location/setting changing between them to really differentiate them.

‘Don’t Hang Up’ actually looks like it might break the formula slightly and be all the better for it though. I’ll let the official plot synopsis do the talking:

Following a long tradition of cocky teenage boys with too much time on their hands, Brady, Sam and Mosley like to amuse themselves by making prank calls.

However, their cellular diversions are intensified by the extreme nature of the pranks they put their unsuspecting victims through, and the delight and encouragement they receive when they post videos of their hijinks online for maximum humiliation.

Having pushed the wrong person too far, they find themselves on the other side of a call, and an evening intended for normal high school revelry turns increasingly bloody as their unknown assailant ramps up a prank of his own.

OK, so it doesn’t sound that great but I’m just a sucker for horror movies and this does actually look like it’s going to be done fairly well from the trailer below. Check it out:

See what I mean? I’ve no doubt that they’ll both get out of it, but it looks like it’s quite a fucked up trip from start to end, kinda almost like an extension of the Saw movies only more psychological than physical torture. I’m into it.

For more great horror movies, check out the feast we’ve got coming up this year. It’s gonna be a good one.