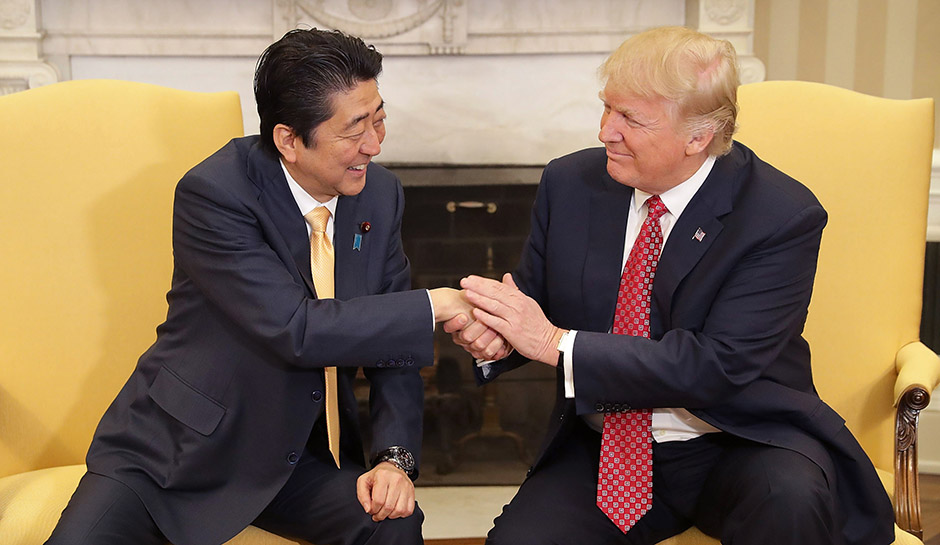 You can’t shake hands like this and not have SEVERE insecurity about your masculinity.

Donald Trump’s bizarre handshake technique has been fairly well-documented in the media, but it truly reached new levels of ridiculousness the other day.

Trump met up with Japanese prime minister Abe Shinzō and the handshake between the two couldn’t have been more awkward. I mean just look at this:

What the hell was that? I mean I get that it’s important to Trump that he feels like and comes off as an alpha male, and I get that a weak, limp handshake basically says “I’m a little bitch”, but come on, that handshake is just ridiculous. The way he pulls him in, the way he pats his hand, it’s just crazy.

Get a load of this handshake between Trump and Neil Gorsuch – even worse:

This handshake between Trump and Neil Gorsuch is so freaking weird.pic.twitter.com/azkxwWtzsh

Never seen anything like it. As I said, a firm handshake is very important when you’re President of the United States, but it should at least look natural and not like you’re trying so hard to be the most masculine guy in the room.

Almost like the guy’s insecure about his micro-penis or something (NSFW).