Back in June 2015, when it was announced that Donald Trump would run for US president (oh, how times were simpler back then) a subreddit titled r/The_Donald was created.

At the time, it was a pretty inoffensive page for people to share Trump-related news in the run up to his presidential run. However, if you check out the page now, you’ll see that it’s turned into a bizarre and delusional cesspool of posts that have become a stain on Reddit’s overall image. With over 400,000 subscribers, the community has previously managed to send posts to the top of Reddit’s r_all front page, making it a pretty powerful, albeit utterly insane propaganda machine.

What you will find on there is a mess of memes, fake news, in-jokes, far right opinion, coded racism, misogyny, homophobia and Islamophobia. 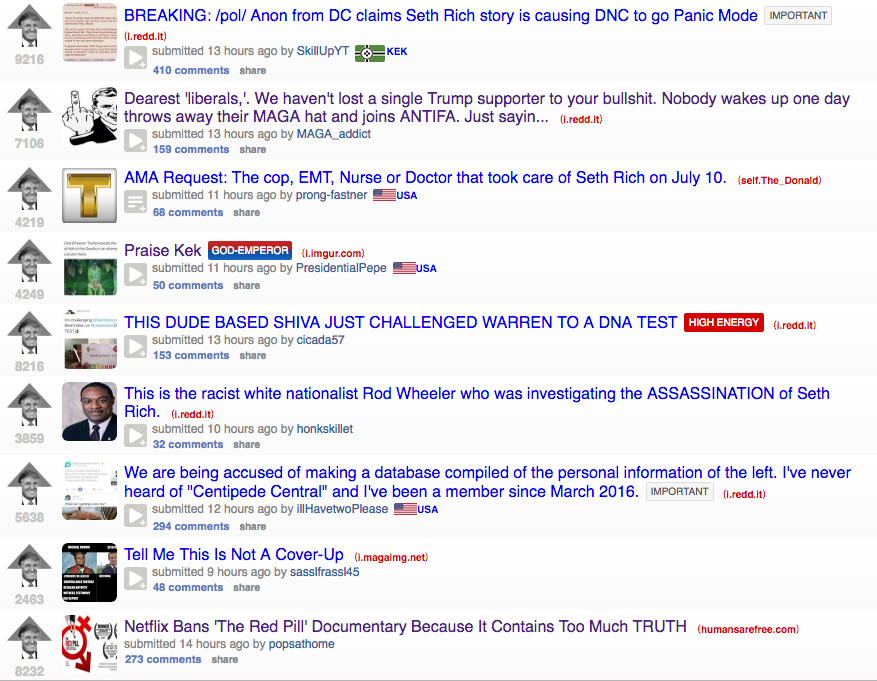 It has also had a political effect. As Motherboard points out:

Trump’s official Twitter account has tweeted memes and videos that originally circulated on the subreddit, though his campaign says he found them only after other Twitter users circulated them.

The issue is that pages like this become increasingly controversial and extremist due to the anonymity factor, and as a result, the page has been able to grow into a disruptive force. In fact, it is worth noting that this week, a website created by members of r/The_Donald subreddit called Centipede Central (Trump supporters refer to themselves as “centipedes”) recently featured a document with the names, addresses and phone numbers of thousands of people who condemn the Donald Trump administration. Although the document has since been taken down, you can only imagine how dangerous this is – for the biographical information of left wing supporters to make its way into the hands of far right extremists. 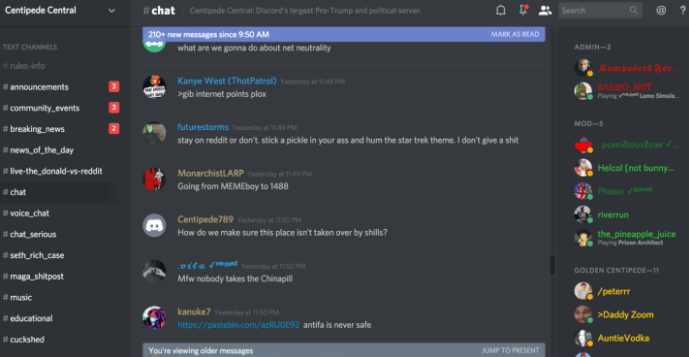 Reddit has taken steps to try and prevent the influential power of this page, including an overhaul of the Reddit software to prevent the subreddit from manipulating the algorithms that select content to be displayed on Reddit’s front page. In addition, r/The_Donald was temporarily shut down last week, which some reports suggested was due to a clash with the Reddit admin team.

Clearly Reddit is taking actions to ensure that r/The_Donald does not continue to spread extreme, racist and untrue theories, but even if this does happen, the supporters will just find a new outlet in which to promote their propaganda. For the time being, check out the page and see what you think of the monster they’ve created.