This will blow your mind.

If you aren’t already aware of the ‘Cult Of Kek’, which is totally cool as not everyone spends every waking moment trawling through the internet, then you’ve probably clicked this title thinking that there is no way that these three things can be linked aside from the fact that the alt-right apparently turned Pepe into a hate symbol thus scoring Trump the election. Well, you’re about to be proven wrong on all accounts.

As the US election unfolded and Hillary Clinton declared Pepe an icon of white supremacy, an alternate theory about the cartoon frog popped up online. It was titled The Truth About Pepe The Frog And The Cult Of Kek which not only explained that Pepe is a “modern-day avatar of an ancient Egyptian deity accidentally resurrected by online imageboard culture” but also that he was using chaos magic (that isn’t actually about spells and bogus hocus pocus, but really about focusing human attention). If you haven’t read it already, then you definitely should, even if you do consider it to be a zany conspiracy theory because it’s truly a wild ride from start to finish.

We caught up with ATL himself to find out more. 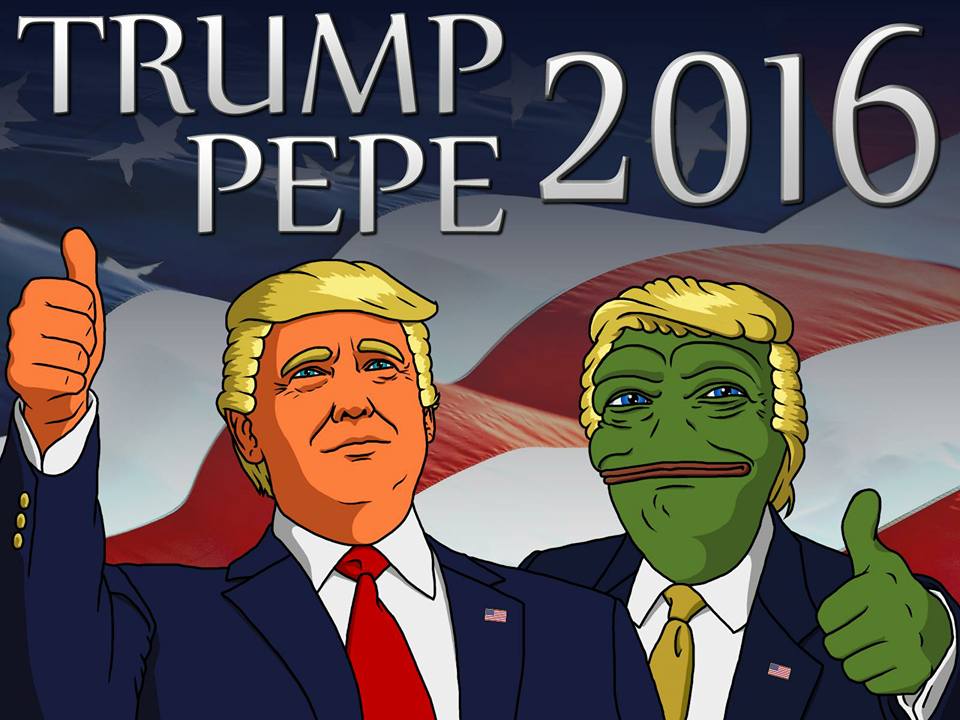 Hey ATL, how did you get into theorising about memes and ancient prophecies?

I was born into memes, molded by them. I grew up alongside the Internet and I witnessed 4chan grow into the power of self-aware memetic engineering. I’ve also always had an interest in politics and the occult. All of these things intersected at the nexus of Kek and Pepe the Frog during the election.

So, what does Pepe the frog have to do with Donald Trump?

Long before the election, Pepe the Frog was adopted as the unofficial mascot of 4chan’s “politically incorrect” image board. Later when Trump threw his hat into the presidential race, he quickly became the favoured candidate of /pol/.

Then, a lot of crazy “paranormal” stuff starts to happen. Before you know it Donald Trump’s son is tweeting Pepe memes and Hillary Clinton is calling out this silly cartoon frog as an enemy of the state.

Out of this, 4chan starts to realise that they are “memeing” Donald Trump into the Whitehouse via Pepe the Frog and the ancient godform (KeK) that Pepe represents.

I don’t know or care. Last I heard about Matt Furie, he was egging on protestors to sucker-punch people in the face. I could care less what a violent radical thinks about my writing. His opinion has never been relevant to those who Praise Kek anyway. Pepe the Frog belongs to imageboard culture. 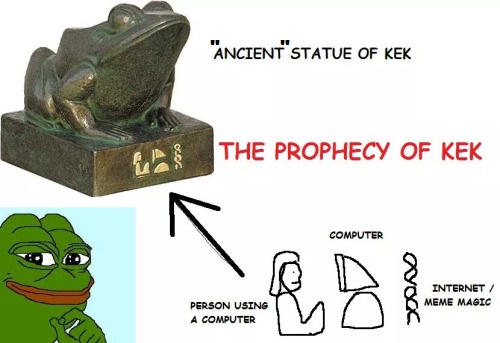 How do ancient Egyptian prophecies come into all this?

Ancient Egypt is the birthplace of occultism and perhaps organised religion in general. Their gods are timeless archetypes that perfectly encapsulate grand aspects of the universe, much like how a meme perfectly encapsulates an aspect of reality on a much more personal scale. Kek was an ancient Egyptian god, and Pepe the Frog is seen as his modern-day avatar.

What is “chaos magick”?

Chaos magick is a system of belief that might explain the Pepe/Kek phenomenon. It involves channeling your willpower into a visual symbol (a “sigil”) in order to manifest the outcome you desire. In my article, I proposed that Pepe the Frog was the 4chan’s sigil for getting Donald Trump in office.

How likely do you think that all this is true, rather than a curious set of coincidences?

I would love to get a real mathematician on this to crunch the numbers in regards to probability. How many unlikely coincidences can you stack on top of each other before the whole thing really HAS to be something deliberate, mathematically speaking? Everyone’s threshold of belief is subjective, but my skepticism was shattered many dubs ago.

What do you think will happen to Donald Trump, 4chan and the rest of the planet now that he has become president?

I think every day will be better than the last.