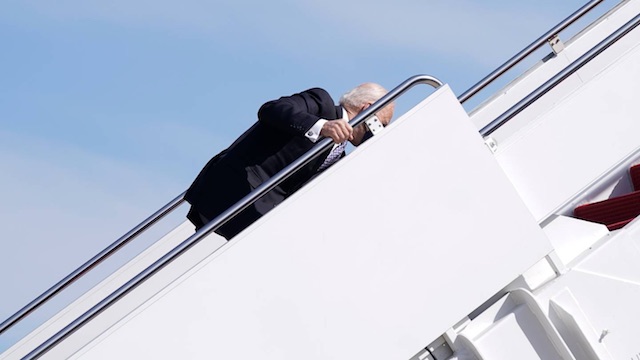 But everyone covered it?

I’m sure if you’re into memes or viral internet videos, then you would have seen the pretty embarrassing clip of Joe Biden walking up the steps onto Air Force One and falling over on them out of nowhere – it’s been pretty much everywhere in the last couple of days.

Despite the fact that everyone seems to be taking the piss out of Biden for this major fail – how could you not really? – Donald Trump isn’t happy with the coverage that his predecessor is receiving, comparing it to when the media ripped him for going down the same set of steps way too slowly. Here’s what he had to say, speaking to Newsmax (whatever the hell that is): 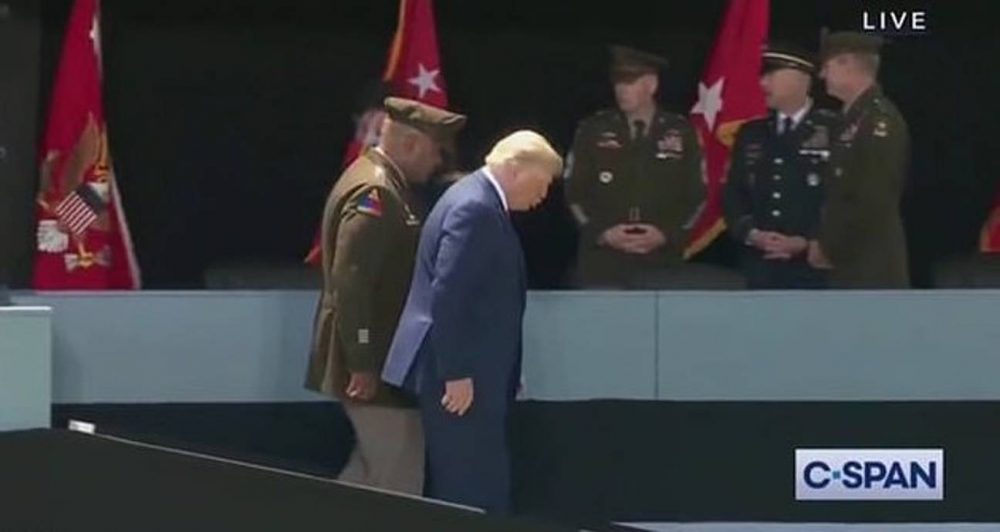 That tumble was terrible. It wasn’t really one, it was three, and it wasn’t mentioned for the most part in the lamestream media.

It’s terrible, the whole thing is incredible. There’s no longer freedom of the press.

Actually when I went down the ramp at West Point, which was like a sheet of ice with no railing, no nothing…great planning. I wanted to go inch by inch because the last thing I wanted to do was take a tumble like Biden did.

Geez. Talk about clowning around – I thought Trump didn’t even read/watch the ‘lamestream media’ when he was President so how did he even know everyone was ripping him about the West Point descent? And literally everyone has been memeing and ripping Biden massively for his fail, with some news outlets even asking if he was fit to be President because of it.

Basically, it’s definitely going on out there and Trump needs to sort himself out here – we all know he can do better than this and to be honest it reeks of desperation and him trying to stay relevant. You gotta do better than that pal.

For more of the same, check out conspiracy theorists who think that Joe Biden isn’t real and might actually be dead. Even more ridiculous – although they’re claiming that they have proof.