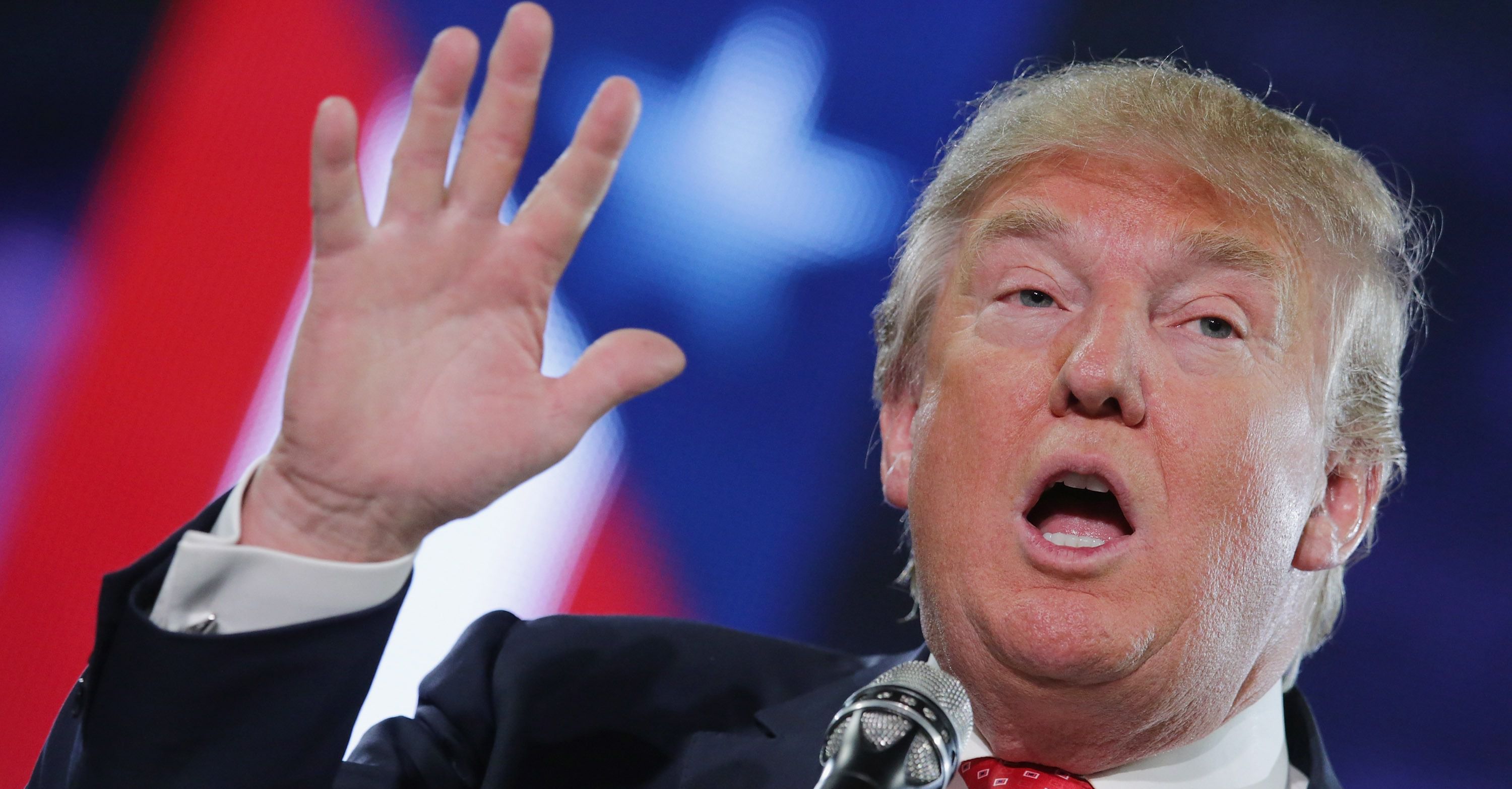 Even for Trump this is pretty thoughtless.

As many of you probably know, yesterday was a Mexican holiday called Cinco De Mayo that Mexico don’t really care that much about, yet seems to have been adopted all over the world as the day where a bunch of people celebrate Mexican independence by eating burritos and wearing sombreros (FYI it actually celebrates the Mexican army’s unlikely win over the French army at the Battle Of Puebla and not their independence – the 16th September is their independence day and is a much more important national holiday than this one over there).

Nevertheless, I’m sure many of you chose to celebrate the event because everyone loves burritos and tacos and guacamole so why not? Donald Trump – the man almost certainly (and unbelievably) set to be the Republican Presidential candidate nomination now – also decided to get involved with this by sending the following tweet. Hey, he’s gotta appeal to all demographics now remember:

Wow. I mean, there’s so much wrong with this I can’t believe that his campaign manager (or Trump himself, who knows) actually thought it was a good idea to send it?

Firstly, why would you celebrate a Mexican holiday with a taco salad bowl? I mean I know it has the word taco in but it’s hardly a traditional Mexican dish is it? And then claiming that the best ones are made in the Trump Tower Grill, that’s hardly being respectful to this ‘traditional Mexican dish’ on a Mexican holiday is it!? And the I Love Hispanics bit isn’t even worth commenting on because it’s so ridiculously stupid and borderline racist. To be honest I’m surprised he isn’t wearing a sombrero and a black moustache too.

These are just obvious criticisms though – check out these Twitter users taking it above and beyond the call of duty:

@realDonaldTrump C'mon man, even your Mexican food has a wall.

Donald Trump is eating a taco salad on top of a bikini-clad photo of his ex-wife, Marla Maples. pic.twitter.com/sW2itGBAOK

Just got off phone with Trump Grill, says they don't serve taco bowls. It's not on the menu online.

Wow, I don’t know which one of those last two is the best one because they’re both such outrageous finds that it almost makes me think that they might have even been deliberate. I mean you just leave a picture of your ex wife out on your desk in a bikini in a promo tweet? Can Trump really be that stupid?

Part of me is kind of thinking that Trump is going to use the same kind of tactics George W. Bush used to get elected. He’s appearing like a bumbling idiot in public a lot of the time, which adds to his everyman persona allowing the public to identify with him and thus vote for him, despite backing some of the most goddamn awful policies known to man. He might just be smart enough to do that you know and we all know it worked once before – twice if you count Bush’s re-election.

Don’t fall for it America. If you need any more convincing, watch our video on the subject below: