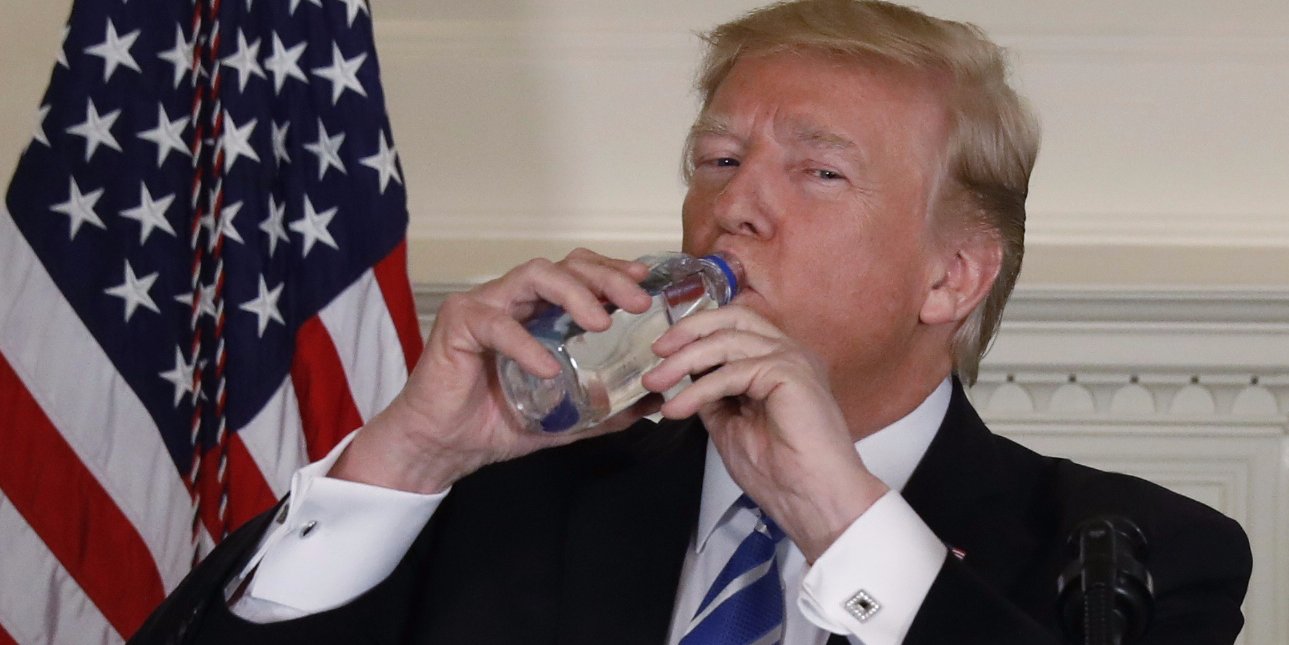 This is too much.

Donald Trump is probably the biggest buffoon ever to be granted the highest government office in the world – he makes George W Bush look positively competent in comparison – and he’s managed to embarrass himself yet again by failing to complete the most simple of tasks in a normal manner.

The President of the United States was doing a speech about something yesterday and wanted to quench his thrust with a bottle of water which is perfectly acceptable. What isn’t acceptable though is the way that he tried to drink the water out of the bottle – get a load of this:

Geez, what the hell is all that about? Who leans down to drink out of a bottle of water, surely the whole reason that it’s in a bottle is so that you can bring it to your lips? And why does he have to pucker up his lips like he’s about to sexually assault someone before he takes a sip as well?

Completely weird and bizarre behaviour from Tump yet again, which probably goes some way to backing up the theory that he’s an alien or at least not human. Just look at the guy – what the hell is he going to do next?

For more Donald Trump, check out all this other weird stuff he’s done. Literally so much.