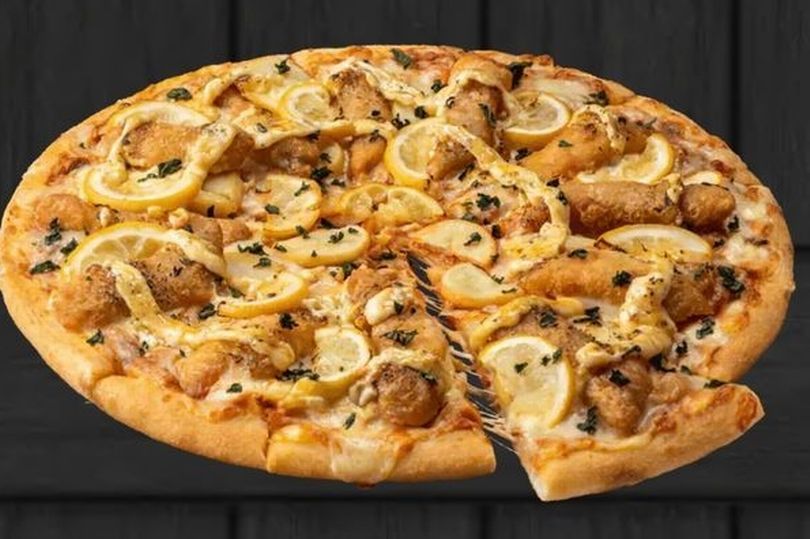 It’s no lie that we’re seeing more and more ‘creative’ pizzas coming out these days, but sometimes you really have to ask what kind of a person would be interested in eating some of the monstrosities that have appeared on the scene in the past couple of years.

The latest of these is a fish and chips pizza from Domino’s that comes topped with lemons as well. Thankfully this pizza isn’t sold in the UK – yet – but is only available in Japan, so it looks like we might not have to deal with it, but just looking at it and its description is enough to make me feel wheezy:

Eww. Does that mean the base is half tartare sauce and half tomato sauce? And that there’s no cheese on it either? Sounds like a really weird/gross combination.

In fact, it’s caused such a commotion with people that the Japanese Twitter account has been forced to apologise for it. Well, kinda.

We are sorry our fish and chip pizza has caused so much trouble. We think it’s quite delicious…🍕 https://t.co/7mdG4ctjaP

Yeah they’re not really going the whole hog there are they? Apparently they were sending out free ones to people they were so desperate for people to eat it and say that it wasn’t completely disgusting. Haven’t seen anyone do that yet though so I think we can safely say that they’re definitely rank. Won’t be investigating any time soon.

For more of the same, check out this pizza guy talking about all the weird customers he used to serve. So many strange people out there.