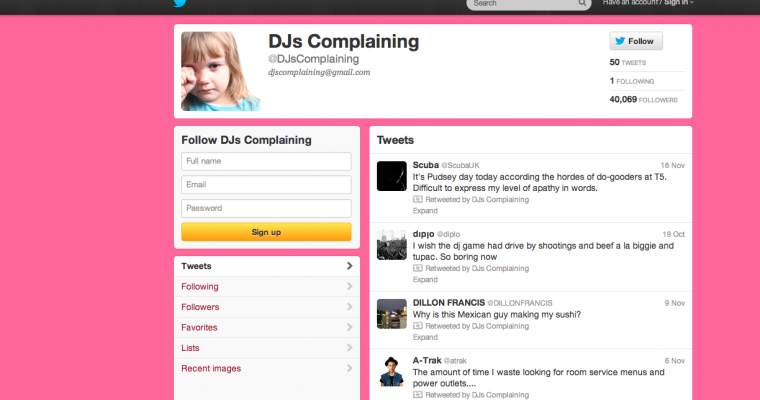 Isn’t life hard being a DJ? Let’s look at all the hardship you’ve got to face, luckily Twitter have compiled their own Amnesty page for you. 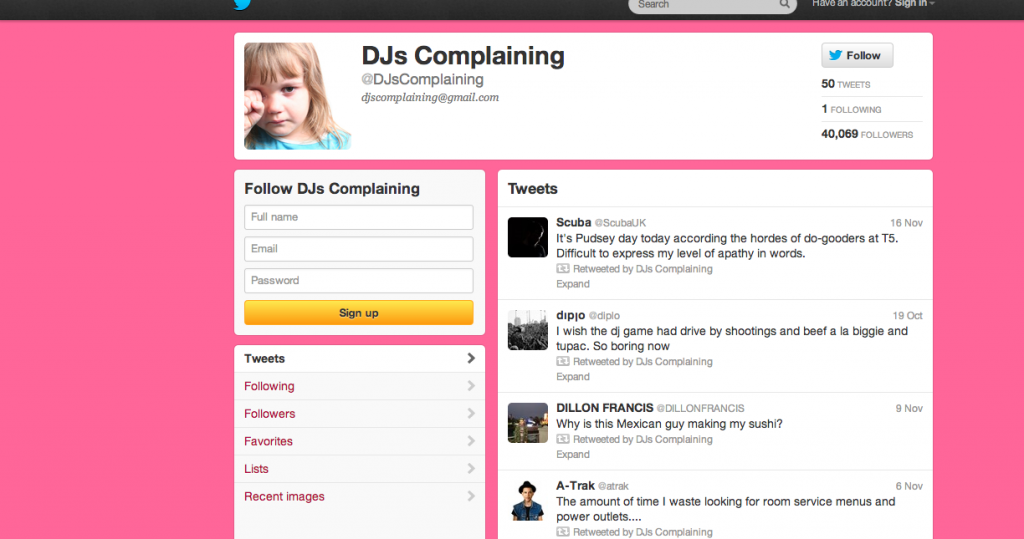 If a blessed individual complains in the woods and nobody cares, does it make a sound? Apparently yes, and there’s a whole twitter feed now dedicated so making that sound. Nowadays it’s not hard to find that really special kind of person who thinks the world cares about the minute pitfalls of your life, but it’s even more annoying when it’s a a DJ who’s being flown around the world to play on their laptops. If you haven’t already seen, DJ’s complaining contains what you might expect, a huge list of DJ’s moaning about the really big stuff like:

The best part being they never seem to learn, Scuba has been hit five times and is getting progressively worse. Including ‘Genuinely hate public transport tbh’ to the genius ‘I’ve eaten way too many habanero-related foodstuffs in the last couple of days.’

DJs Complaining has recently been interspersed by re-tweets of Tony Blackburn not complaining which makes the whole farce all the more comic.

We get that you hate security queues at airports, and all that connecting to foreign WiFi must be a real snore. It’s OK, we complain about banal stuff too but if you know Batman’s out to get you, don’t wear a high vis vest.