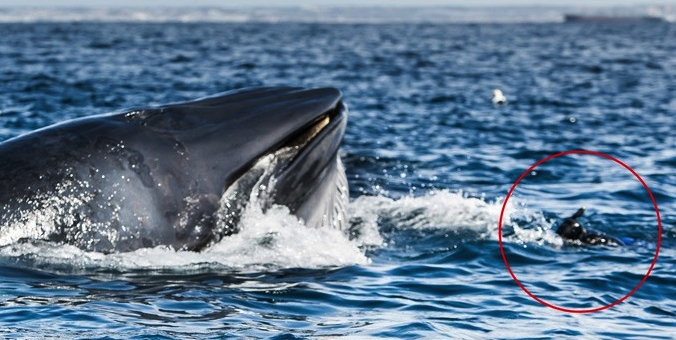 This whale could easily swallow a car whole without even breaking a sweat, so Rainer Schimpf is a very lucky man.

Rainer Schimpf is a tour guide operator based near Port Elizabeth in South Africa who regularly films the annual sardine run off the east coast of Africa, in which several billion tiny fish migrate from south to north and attract predators like whales, dolphins, sharks and diving birds. Normally Rainer doesn’t encounter any problems filming the event, but this year the sardine run was slightly different for him as he almost ended up being swallowed whole by a 40 tonne whale – but luckily lived to tell the tale and got some amazing photographs as part of the deal too.

Rainer was in the water filming the run as he has done many times before when the 15m long Bryde’s whale attacked a bail of fish immediately below him. The whale proceeded to come straight for him after it ate all the fish and breached the surface about two feet away from him. Rainer thinks that the whale moved at the last moment to avoid him but can’t be entirely sure, and counts himself as massively lucky regardless of the reason. I know that if I was taking these pictures I would be absolutely shitting myself though because there is pretty much no way you can stop a 40 tonne whale coming right at you. At least not any way I can think of.

Rainer describes the moments of terror when h was almost eaten by a whale (geez, how many people do you know that can say that?): ‘There was a little bait ball below me and a group of sharks. It was only when the sharks scattered that I realised a whale was coming up directly at me. I saw him coming up and I thought ‘that’s it for me’. The diameter of his mouth was big enough to swallow a car – he would have barely felt me going in.’

I know this is a pretty serious post and not one to really make a joke in, but this is a great place for a ‘that’s what she said’ joke.

‘At the last moment he must have realised I was there and he diverted away from me and actually missed most of the bait ball. Had he not diverted he would have swallowed me whole. Years ago there was a story about a guy who was swallowed by a sperm whale. His friends managed to snare the whale and cut it open and found he was still alive inside. However, he was bleached white and blinded by the animal’s stomach acid.’

Fucking hell. That sounds even worse than I imagined being swallowed by a whale would end up. Check out the pictures of the horrifying moment below: 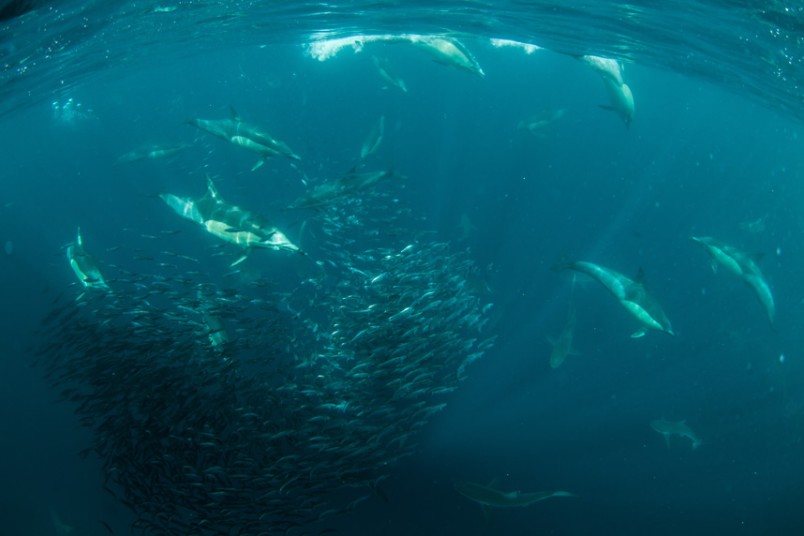 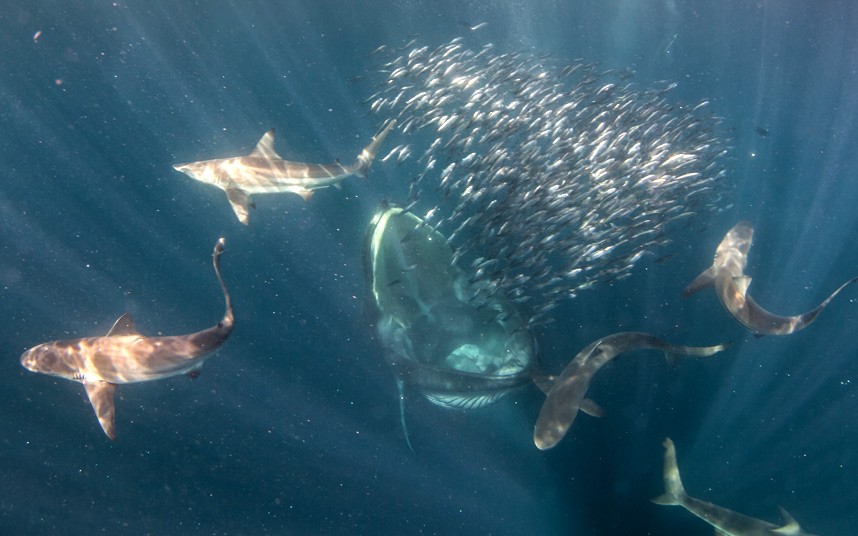 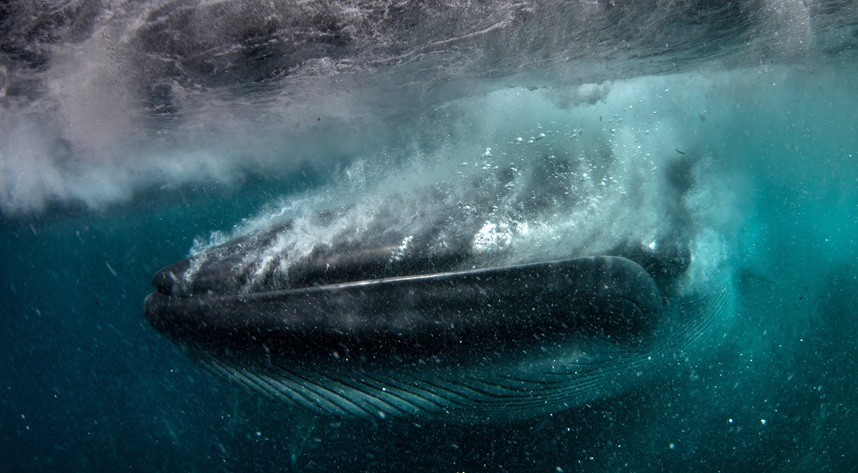 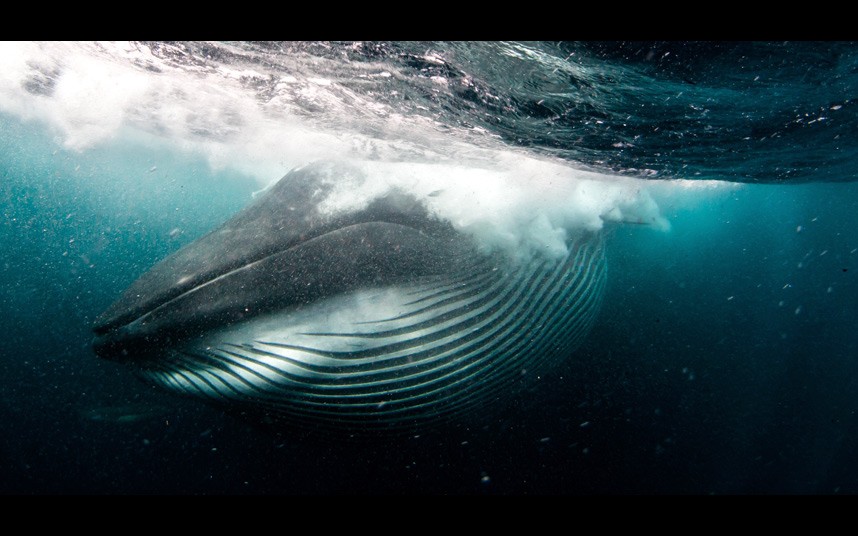 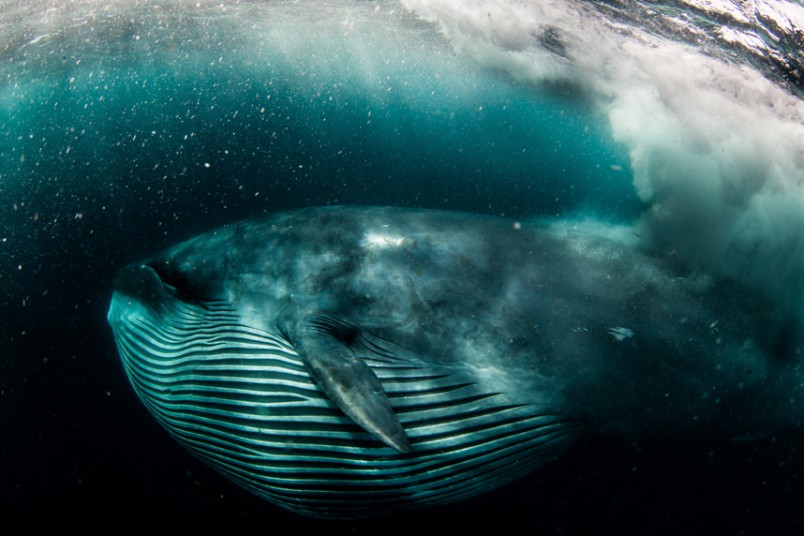