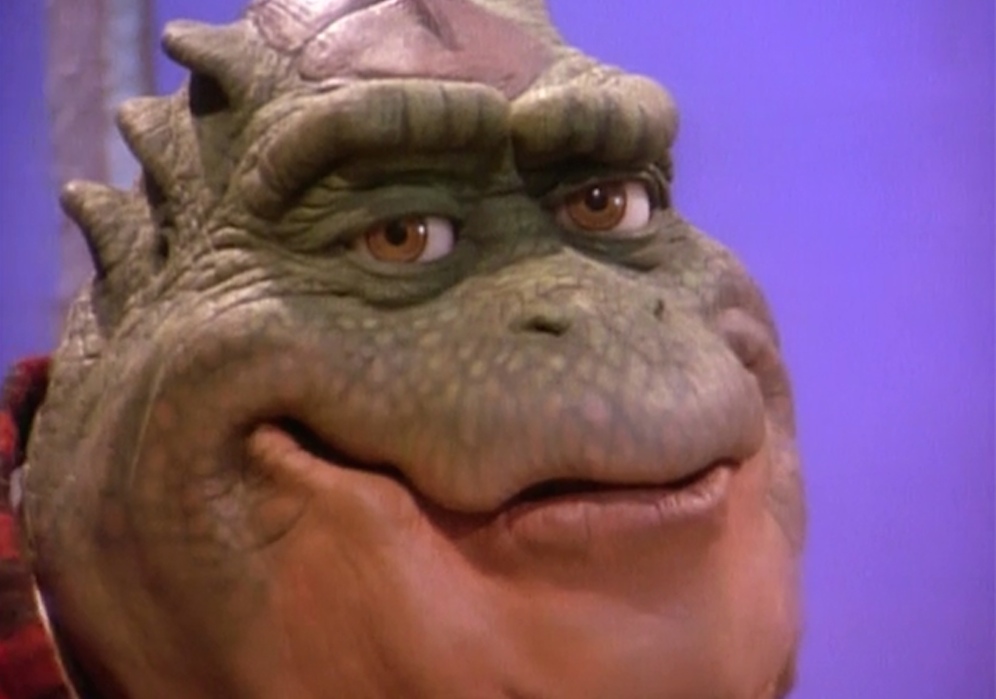 The perfect tribute to Biggie Smalls.

Remember the early 90s TV show Dinosaurs, a live action costume show about some kind of redneck dinosaur family hanging out and getting into all kinds of trouble with each other? I only just about remember it and remember thinking it wasn’t even that good – even back then – so props if you do remember it. Maybe not so many props if you actually liked it though.

Anyway, a full 25 years after that show was on TV an entertaining purpose for its main character Earl Sinclair has finally been found. To celebrate the anniversary of the Notorious B.I.G.’s death a couple of days ago, one YouTube spent countless hours cutting a mashup of Biggie’s ‘Hypnotise’ with Earl appearing to rap it and dance to it.

And it’s pretty much perfect in every way, probably because Earl Sinclair is so big and fat that he actually reminds us somewhat of the Notorious B.I.G. when he was still alive. He’s pretty much just Biggie with scales and a tail right?

Seriously, you won’t be able to get enough of this. R.I.P. Biggie – check out his autopsy report if you’ve never seen it before.