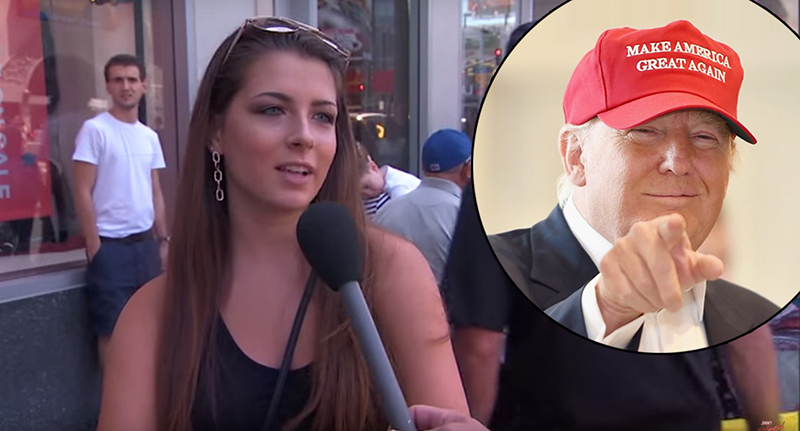 Should we be surprised at how dumb the American population is?

Donald Trump is all over the news right now and it’s mainly because he’s a comical loudmouth buffoon who is running for President and coming out with some of the most ridiculous statements ever in his quest to achieve this.

In order to test out just how ridiculous a character Donald Trump is now, Jimmy Kimmel took his Lie Witness News segment to the streets of LA and interviewed people about fake Donald Trump statements. Unsurprisingly, most of them thought that they were all real and they could recall exactly where they were when they heard them and how they found out about them.

OK so that may have been faked except for the last three people as they don’t really ever refer back to the question, but I’d like to think it was all above board though. The connotations of that though are farcical – how can people believe that a Presidential candidate could be saying such outlandish things?

I’m actually going to despair when Trump gets the nomination and we have to watch him attempt to win the vote. The scary thing is though that he might actually win.

If you want to see some more completely stupid statements that Donald Trump has made then check out the video below: