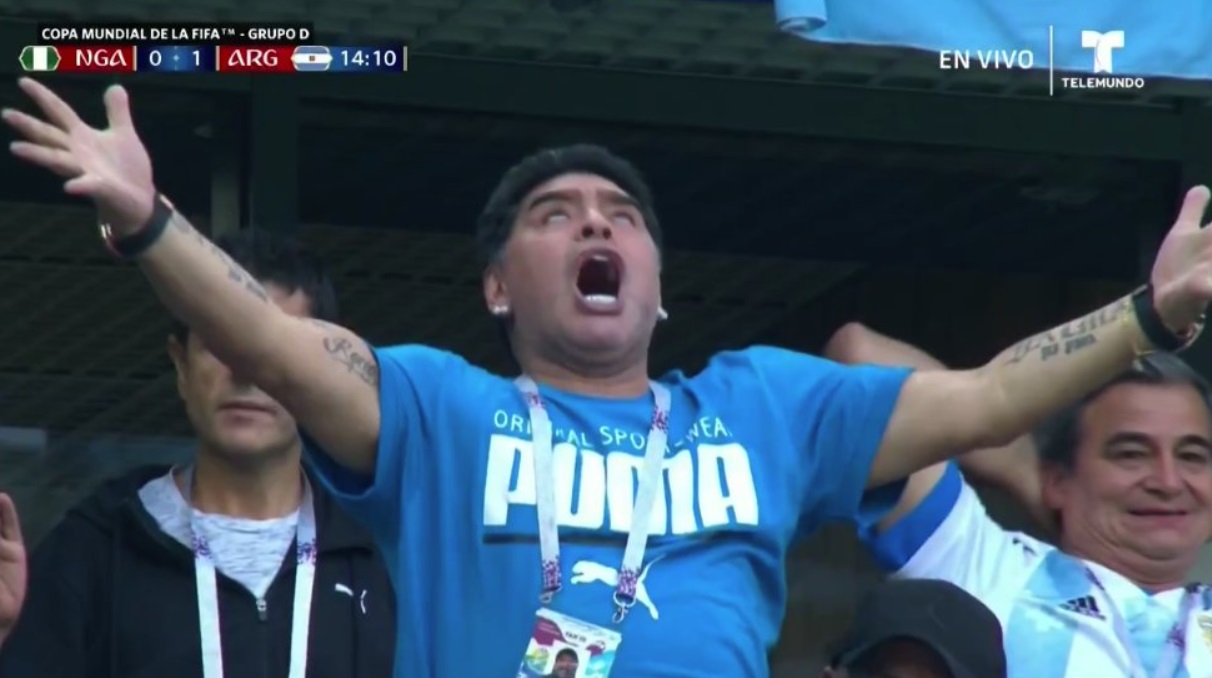 The World Cup continues to provide the drama after Argentina almost went home last night until Marcos Rojo struck a sweet 86th minute winner against Nigeria to keep them in the tournament. What a game.

Argentina legend Diego Maradona was in the crowd for the match and understandably went suitably crazy when the final whistle went, throwing a couple of middle fingers at the Nigeria fans directly below him which were caught by the cameras and instantly memed (check out our Instagram account for some examples). Some distressing footage then emerged – which you can see below – of Maradona being helped out of his seat as he could barely stand up.

One of my Argentina peeps just sent me this vid of Maradona completely shit housed, getting an assist after the game. pic.twitter.com/NeUbRXKbhu

Strewth – it’s never a good look when you can’t even walk up the stairs on your own. Given Maradona’s well known propensity for recreational drugs and partying his ass off, these were pretty worrying scenes and it was then rumoured that he had to be taken to hospital and was being treated by paramedics.

Of course, anyone that knows Maradona would realise that his ability at football is only matched by his ability to party harder than anyone else ever, so these claims were quickly refuted this morning via his official Instagram account. Turns out that he had a problem with his neck:

Believable. Seems more likely that Maradona was just completely tanked – either from drinking or coke or perhaps even just the euphoria of winning the match (yeah right) – that he had to be carried up the stairs by his buddy. Probably pays the guy to do that 24/7 to be honest. Let’s be honest, you can do whatever you want when you’re Diego Maradona.

For more of the same, check him out giving the hand of God to his 24 year old girlfriend. Pretty rank.