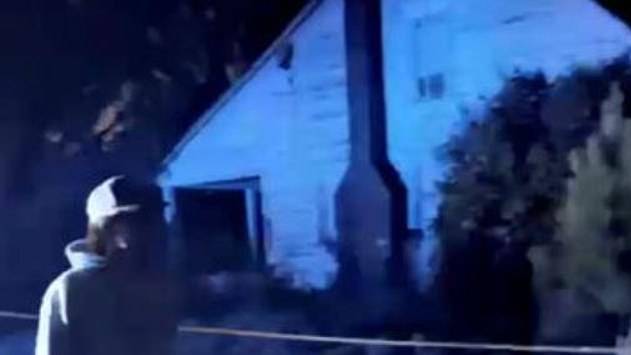 A bunch of teenagers stumbled across it.

When you’re a teenager – or even an adult to be honest – it’s kind of cool to wander around abandoned buildings that you think might be haunted and come up with stories about what might have been going on there in the past. Well, for some people it is anyway.

However, whilst you’re always kinda hoping that your little adventure might turn into a full on horror movie or mystery, it seems that if this actually ends up happening then it’s a very different story after eight teenagers stumbled across a decomposing body in a ‘haunted house’ in Orangeburg, South Carolina on January 3rd. The kids had heard that the abandoned house was haunted so decided to head over and check it out, but once they stepped inside they were met with one of the most horrific stenches that they had ever encountered.

It was only a matter of time before they opened the freezer and discovered a decomposing body filled with maggots that didn’t even look human because it had been there so long. One of the teens Riley Robinson said the following about their gruesome discovery:

As soon as the seal broke loose, it was just a horrifying smell.

I didn’t know what to do, I was speechless.

I heard that once you smell a human you can’t ever forget it. And I can still smell it right now.

It really does sound like something that would happen in a horror movie or a ‘Stranger Things’ style Netflix show, but it really does seem from what the kids are saying that they’re going to be deeply traumatised by it for a while. I hope they manage to get through the other side.

The coroner’s office is scheduled to perform an autopsy on the body this week to try and determine its identity. Hopefully they manage to figure that out too and bring some closure to some people out there. It’s crazy that someone just hid a body in an abandoned house and it could never have been found if it wasn’t for these kids. Really is like something out of a movie and we can only assume that the rest of the story will play out like one.

For more of the same, check out the most extreme haunted house of all time. This place is a goddamn mess.