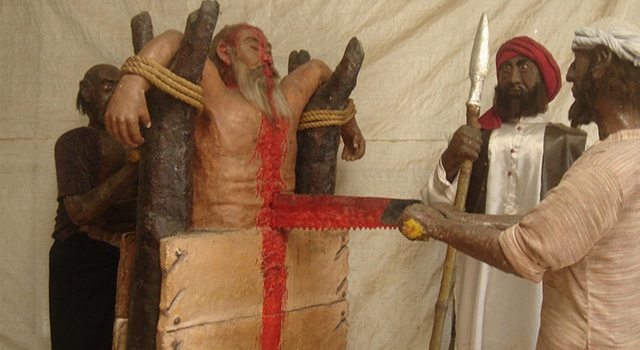 There’s more than one way to chop someone up with a saw, all of which are hideous. This is probably the worst execution method in the series. Humans are sick.

I love Paul Daniels as much as the next man, but did you know that when he saws Debbie McGee in half it’s actually a trick? I hope I haven’t ruined the mystery for you guys, but a lot of magicians don’t actually saw people in half. It’s what’s known as an “illusion”. I know, disappointing, right?

But back in the bad old days, before Jesus sent Paul Daniels down to earth from outer space, people would get sawed in half for realsies.

The practice of sawing someone to death seems to have been utilised fairly widely as far as geography is concerned, but not that regularly. Reports emanate from Europe to Asia and Switzerland to the Ottoman empire.

Different people chose to cut in different directions, sometimes sideways across the abdomen, sometimes lengthwise from the head down, some chose to start with the limbs and work their way to the major organs. However you cut it, the end product was the same: a quivering messy mass of guts and blood.

Not many first hand accounts exist of the actual procedure, but plenty of people are reported to have fallen to the mighty saw:

In Persia one of their famous leaders — Jamshid (pictured below) — had enjoyed a long and peaceful reign. Unfortunately he forgot that his success was thanks to God and started expecting people to worship him. That was unacceptable. The people rebelled and ended up sawing him in half to teach him a lesson. 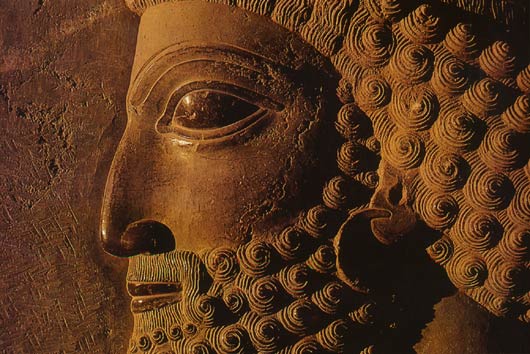 Hormizd IV ruled from 579 to 590 CE. He was cruel and consequently unpopular; so the nobility organized a coup. Hormizd IV was forced to watch his wife and one of his sons killed by the saw. He himself was blinded and his son was put on the throne. A few days later his son, who seems to have been a chip off the old block, killed his blind old dad in a fit of rage.

â˜› Next Up: Most Brutal Execution Methods #1: Blowing From A Gun