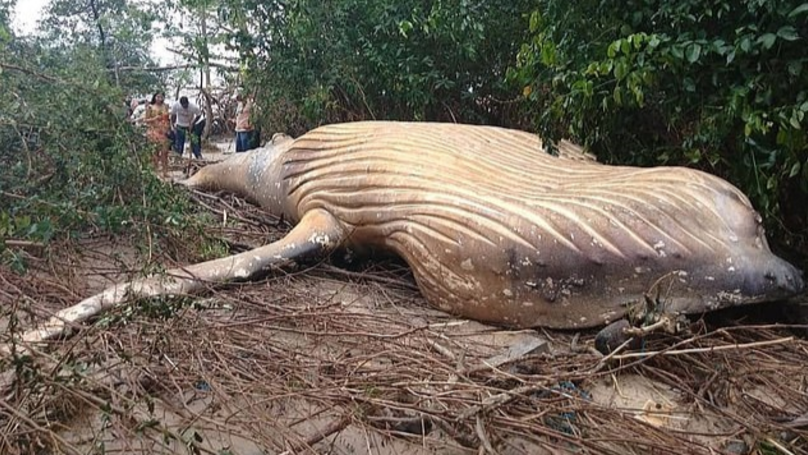 Every so often something happens that’s so unexplainable that the only possibly way it could have happened is if aliens were involved and this is another one of those times.

How the hell else can you explain a dead humpback whale being found in the middle of the Amazon rainforest? There literally is no other explanation.

The animal was found last Friday on the island of Marajo in the mouth of the Amazon river. It was found in a section of undergrowth that was about fifty metres from the sea. You might think that’s not too far from the water, but when you think that whales can’t really do much out of the sea then you gotta think that it’s pretty unusual right?

The explanation that the authorities are coming up with is that the whale may have been chucked out of the sea and onto the land by rough seas and high tides, but I’m still not convinced and think it’s probably something to do with aliens. 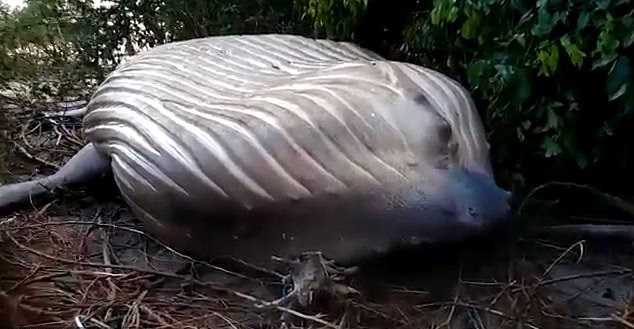 We’re still not sure how it landed here, but we’re guessing that the creature was floating close to the shore and the tide, which has been pretty considerable over the past few days, picked it up and threw it inland, into the mangrove.

Along with this astonishing feat, we are baffled as to what a humpback whale is doing on the north coast of Brazil during February because this is a very unusual occurrence.

Humpback whales don’t usually travel to the north. We have a record of one appearing in the area three years ago, but it’s rare.

We believe this is a calf which may have been travelling with its mother and probably got lost or separated during the migratory cycle between the two continents.

I mean even the experts are saying that nothing about this makes any sense at all, so it’s gotta be aliens right? Apparently they’re conducting some tests – not entirely sure what for here – but they should get the results in ten days that might make the situation clearer, although I’m stills ticking with the aliens theory. What else could it be?

For more of the same, check out this sperm whale exploding in the North Atlantic. Be careful.